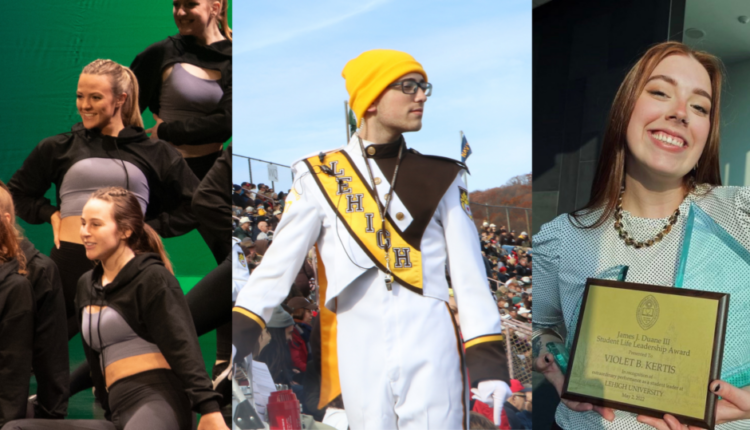 After trudging through nearly two years of Zoom fatigue and uncertainty, senior leaders of the Lehigh community are graduating with a renowned appreciation for the clubs and organizations they worked to sustain.

As sophomores, the Class of 2022 was vacated from campus with unclear plans for return. With campus access restricted throughout the 2020-2021 academic year, they were left in limbo when taking up leadership roles.

Camryn La Selva, ’22, co-captain of the LU Dance Team, transferred into Lehigh the fall semester of her sophomore year. She only had one “normal” semester on the team before classes were made virtual.

“When we went online last year I thought, ‘Am I ever going to be able to perform again?’” La Selva said.

Like La Selva, Devon Kolumber, ’22, was largely worried about the normality of his performance based groups.

Kolumber is graduating a year early with a degree in mechanical engineering and music. In his three years at Lehigh he has built a repertoire of club involvement including being the drum major of the Marching 97 and a member of jazz ensemble, symphonic band, Wind Ensemble, Brass Ensemble, the Engineering Honors fraternity Tau Beta Pi and the music honorary Fraternity Kappa Psi.

“I think the point of college is to learn time management skills and grit — that’s something you can only get out from doing activities that are outside your major,” Kolumber said.

Starting in the spring of 2021, various groups, including the LU Dance Team and Marching 97 were able to use regulated spaces in Zoellner for practice.

La Selva and Kolumber said the lifted restrictions for the 2021-2022 school year have been a sigh of relief for the Marching 97 and LU Dance Team. They said their respective groups had invigorating and bustling seasons that included lots of performances.

A few of these performances were a return of annual events that had previously been canceled due to COVID-19, such as Eco-Flame and DanceFest.

For others like Violet Kertis, ’22, a member of Break the Silence, navigating leadership in the pandemic has looked different than just awaiting the return of in-person activities.

Kertis joined the peer education organization – whose mission is to spread awareness about gender violence – in 2018.

Kertis said she had a scary experience in high school after being stalked and was amazed by the work Break the Silence was doing to support survivors of traumatic events.

Kertis said she specifically remembers hearing advice during a club meeting that made her feel at home: “This behavior isn’t normal, but it’s not your fault, and there’s a support system of students and staff who are here for you.”

In addition to organizing many of Break the Silence’s events, Kertis said she’s had the opportunity to connect with younger classes through teaching a TRAC 100 course and being an editor for the amaranth literary magazine.

Kertis said she’s excited to see what the younger classes accomplish in the future.

Devon Kolmber, ’22, conducts the Marching 97 during the LeLaf football game. Kolmber is the drum major for the band. (Layla Warshaw/BW Staff)

Abortion has been common in the U.S. since the 18th Century. So has the debate | Opinion