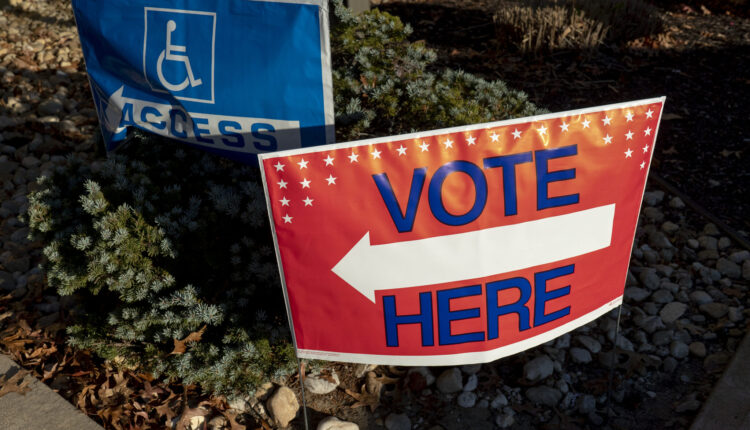 By Ken Davis and Ari Mittelman

Local election workers and volunteers who work the polls, count the votes and otherwise make sure our elections are fair and secure have long been unheralded and underappreciated. But the importance of their work and the challenges they face have never been fully recognized.

Misinformation and conspiracy theories propagated in recent years, and particularly since the 2020 election, have made the management of elections more difficult than ever before. The FBI and the Department of Justice recently included Pennsylvania among the top states for threats to election workers.

Of nearly 1,000 reports to a Justice Department task force formed to address threats of violence against election workers, 60% were in a few states like Pennsylvania that had vote challenges and recounts in 2020.

The rise in threats and intimidation has contributed to an exodus of qualified county election officials in Pennsylvania since 2020. According to one recent report, more than half of the counties have lost one of their top election officials over the last two years and at least eight counties have had such turnover that no one on their staff has more than three years of experience administering elections.

Despite it all, these election officials have successfully administered elections in Pennsylvania. Dozens of lawsuits, recounts, and other scrutiny has shown that the 2020 election was carried off without significant or meaningful irregularities. It was smoothly run under unprecedented circumstances, in the middle of the pandemic and a major expansion in mail-in voting. The 2022 primary election was likewise administered without a hint of apparent fraud or illegality.

Yet suspicions and conspiracies persist, without evidence to back them up. Some of those peddling conspiracies and spreading misinformation have embarked on a campaign to recruit like-minded zealots to serve as volunteer poll watchers. This is raising concerns that election officials and long-term volunteers will face a new challenge: hyper-partisan and confrontational poll watchers.

This is why we won’t have results on Election Night | Leigh M. Chapman

The hand-counting of hundreds of thousands of mail-in ballots will present another complication for local officials this year. Though the volume of mail-ins will be lower than in 2020, the number to be counted will still be substantial. Since state law does not allow counties to even begin preparing mail-in votes to be counted until election day itself, many counties will be hard-pressed to complete their counts by the end of election night.

According to recent news accounts, election officials in Montgomery County are prepared to meet the challenge, working to head off misinformation, answering all questions from voters, and planning for around-the-clock vote counting so the tally can be completed quickly.

But Montgomery County has considerable resources, unlike many other counties around the state. That is why Pennsylvania’s acting secretary of state, who oversees the state’s election system, has cautioned voters and candidates not to expect a complete count for many races on election night.

In 2020, the delay in reporting final results formed the basis for unsubstantiated claims of fraud by election officials and others. The same is likely this year in close races.

Fueling suspicions will be what’s been called “the red mirage” or the “blue shift.” That is because Republicans participate in greater numbers in in-person voting on election day, while Democrats overwhelmingly outperform Republicans in mail-in voting (about 73 percent of mail-in votes so far this year are Democrats).

Since in-person votes tend to be counted first, early voting returns on election night will likely show Republican leads in close races, with Democrats closing the gap as the mail ballots are reported later on election night or in the following days. And some in the news media, prompted by partisans on one side or the other, will misrepresent the incomplete counts and results.

Be patient during Election Week and help save democracy | Al Schmidt

As we approach Nov. 8, Pennsylvanians have an important role to play in helping to make sure that the election goes off as smoothly and successfully as possible.

You can do your part with family and friends to spread truth about the election rather than misinformation. Please be patient and remember that our elected officials are working hard and will count the vote accurately if given the time they need to do so. Fourth, whether your candidates win or lose, put the country over partisanship and accept the result.

And finally, when you see an election worker or volunteer, thank them for helping make our democracy possible.

Ken Davis is the former President of the Lower Merion Township Board of Commissioners and Former Chairman of the Montgomery County Republican Party. Ari Mittleman is the executive director of Keep Our Republic, a civic education non-profit.