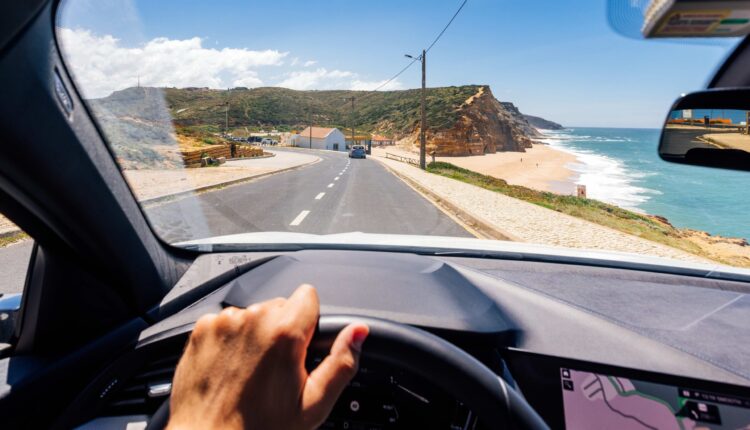 On the road, as in life, there’s a balance between freedom and responsibility | Ray E. Landis

I was reminded of this when reading the letter that appeared in last Sunday’s Capital-Star from the Pennsylvania advocate for the National Motorists Association (NMA) which began by denigrating red light cameras and went on to make highly questionable claims about traffic safety and the Vision Zero initiative.

The tone of this letter made me curious about the National Motorists Association, so I spent some time on the organization’s website. It revealed a great deal about how organizations such as the NMA are promoting so-called individual “freedoms” to appeal to those who feel aggrieved by efforts to make the United States a more fair, lawful society.

The National Highway Traffic Safety Administration (NHTSA) estimates 42,915 people died in traffic crashes in 2021, over 4,000 more than in 2020 and the most fatalities on American roads since 2005.

The National Motorists Association dismisses this increase as simply a factor of more miles being driven in 2021 than in 2020 and claims it actually shows our roads are safer. Never mind that early NHTSA figures for 2022 show another dramatic increase in highway deaths – a highlighted article on the NMA website is headlined “Traffic Safety Hysteria – How the Media Misleads You With Statistics.”

Meanwhile, the Vision Zero initiative is a comprehensive “movement to end traffic-related fatalities and serious injuries by taking a systemic approach to road safety.” Local authorities around the world have used various approaches to meet Vision Zero’s goals, including traffic calming, street design, and accommodations for pedestrians and bicyclists.

Such ideas are preposterous to the National Motorists Association, which deems Vision Zero “a failure.” Instead of measures like installing roundabouts and speed bumps, the NMA recommends basing speed limits on how fast drivers actually are driving and ending “predatory” ticketing practices by the police.

But the most revealing thing about the National Motorists Association is not their traffic safety policy positions. The most prominent display on the NMA’s website is a roster of attorneys ready to defend drivers from traffic violations, DUI/DWI charges, and personal injury lawsuits.

Travel to the Resources section of the website and you can download the “Fight That Ticket” Ebook. Individual freedom might be important to the NMA, but individual responsibility for one’s actions does not appear to be as high a priority.

Whether the National Motorists Association wants to admit it or not, highways are becoming more dangerous. Aggressive and intimidating driving is common, as drivers speed and change lanes with abandon. Suburban assault vehicles such as Chevy Tahoes can barely stay in their lanes on the roads and oversized Ford F-150 pickups driven by suburbanites buying their crudités do not fit into grocery store parking spaces.

The freedom to drive whatever, wherever, and whenever we want is a symbol of the individualism so many Americans seem to value more than any other aspect of our society. It is why the dramatic increase in gasoline prices garnered so much attention – people resist the limitations the high cost of gas may impose.

Philly gets $25M federal grant to fix its most dangerous streets

But driving comes at a high cost to society too. The biggest impact is the tens of thousands of lives lost in crashes each year, not to mention the many life-altering injuries which occur. In addition, the environmental impact of so many vehicles driving so many miles is reflected in the dramatic increase in the severity of floods, fires, and storms resulting from climate change.

There is also a more subtle impact. Twenty-first century life in much of the United States relies on getting in a vehicle and driving somewhere – to work, to shop, to access services. Yet in our aging society the ability to drive anywhere at any time deteriorates as we grow older. As older people stop driving, their world becomes much more isolated, because the things they need cannot be accessed without a vehicle. If they can afford to, they relocate. The alternative is to become dependent on others.

Making neighborhoods safer and more accessible for non-drivers and improving public transportation is part of the goal of Vision Zero. But such accommodations do not fit the agenda of those whose sole focus is on the rights of individuals.

In the end, driving is an integral part of the American lifestyle and any changes to that reality will be slow.

But demanding drivers accommodate the safety and needs of others and are held accountable if they do not does not impinge upon “freedom.” It is a necessity in a society where too many individuals and organizations think of nothing but themselves – and their bottom line.

If anti-trans lawmakers got their way, I might not be alive today | Opinion