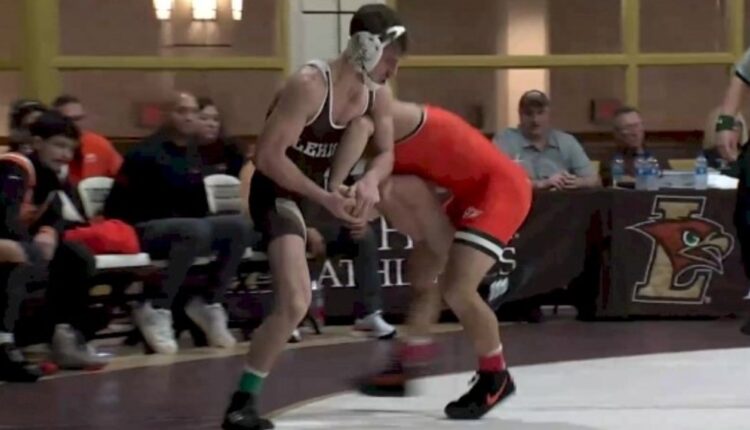 The Oklahoma State wrestling team won both matches in its season-opening doubleheader at No. 14 Lehigh and Bucknell on Saturday. the no 11 Cowboys began the day with a tough road test against the Mountain Hawks taking the dual, 25-6, before driving two hours to Lewisburg, Pennsylvania where they defeated Bucknell, 30-6.

“I think anytime you’re coming into a dual meet and you know it’s pretty even, you know it’s going to take a great effort on the road to win,” Smith said after the win over Lehigh. “You have to win those close matches, that’s how you win dual meets. For us, we did a good job in third periods, which is big.”

Two Cowboys made their dual debuts against Lehigh both picking up decisions in their bouts. Victor Voinovich fell behind 8-0 early in the first period after getting thrown to his back by Manzona Bryant IV. Voinovich responded with an escape before crawling back into the match with multiple takedowns over the remainder of the first and second period. Late in the third period, trailing 13-11, Voinovich hit Bryant with an inside trip to send the match to sudden victory before adding another takedown to win the match. Konner Doucet used a third period ride to earn the riding time point and clinch his match against No. 26NathanTaylor.

Including Doucet and Voinovich, the Cowboys rattled off wins in five straight matches after the dual began with No. 8 Michael Beard defeating No. 28 Luke Surber, 10-7, at 197 pounds. Kaden Gfeller took the mat against No. 9 Josh Humphreys and nearly pinned the Lehigh star, but a late reversal and riding time point won the match for Humphreys. The Cowboys closed the dual with wins at 165, 174 and 184 pounds as All-Americans Wyatt Sheets, Dustin Plott and Travis Wittlake all won by decision.

In the second match of the day, Trevor Mastrogiovanni put OSU up early against Bucknell, pinning Grayson McLellan in 1:17. The Cowboys ended up taking eight of the 10 bouts, only dropping decisions at 141 pounds and 157 pounds to the two ranked wrestlers in Bucknell’s lineup.

Daton Fix, Voinovich, Sheets, Plott, Wittlake and Doucet all improved to 2-0 on the season with wins against Bucknell. Surber picked up his first win at 197 pounds with a 13-5 major decision over Mason McCready.

Oklahoma State returns to action for its home opener on Friday, Nov. 18, at Gallagher-Iba Arena to host Wyoming in its first conference matchup of the season.