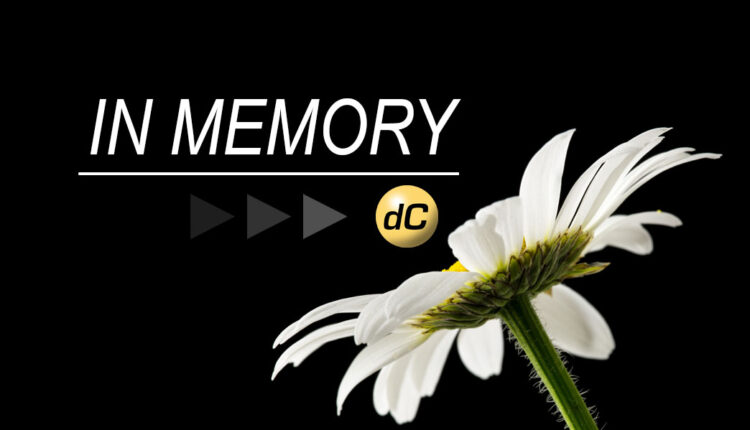 Visual artist Marcia B. Tanner, whose large, abstract paintings depicted the world as she saw it, died Jan. 19, 2022, in Prescott, Arizona, where she had been living for the past 10 years. she was 80

Ms. Tanner started painting as a child and continued throughout her life. She worked in all media-watercolors, pastels, acrylics-but preferred oil painting because she liked to mix her own pigments. In an artist’s statement, she explained: “I freely apply color, layer after layer. The color is very translucent; even with 20 layers, I can still see the weave of the canvas.”

On large canvases, often triptychs, she created paintings that she said captured the patterns she saw in her travels around Asia and the Americas. “When I saw a similar leaf shape in Indonesia, England, Italy and Costa Rica, I knew I had to paint it,” she observed. “I was working with a marvelous bank of sketches and memories from all the locations. The layering of ideas on the same canvas came from my research and intuition.”

In addition to being part of the American Embassy Art Exchange Program, she had work in private collections of Citibank, Kodak, UNICEF, Orion Royal Bank, New Zealand High Commission, Winsor and Newton Home Office in London.

Marcia Kay Bull was born on February 6, 1941, in Ada, Oklahoma, the only child of AD Bull, a soil scientist with the US Soil Conservation Service and an inventor who held patents for several agricultural tools, and Mary Emily Taylor Bull, a housewife who was a storied cook.

Marcia graduated from Chickasha (Oklahoma) High School in 1959, and earned a BFA in painting from the University of Oklahoma in 1963. She was also a member of Chi Omega sorority.

Her first job was a window dresser at Miss Jackson’s, a fashionable clothing shop in Tulsa. She later taught painting at places where she lived: Hong Kong, Indonesia, Singapore, Lehigh University in Pennsylvania and Yavapai College in Arizona.

Marcia married Ronald F. Tanner in 1967 and they divorced in 2008. They had two children: Timothy B. Tanner, of Seattle, Washington, and Valerie A. Tanner, of Turin, Italy, who survived as well as three grandchildren, Noah Tanner , Owen Tanner, and Leonardo Veltri.

She is also survived by Jerome Shull of Prescott, her partner since 2011.

Marcia’s creative energy and warm personality led to all sorts of tangential artistic projects. She produced hand-made jewelry-barrettes, earrings, necklaces-which she sold at jewelry shows on the East Coast under the name Marcia from Moscow, which was the name of her post office in Vermont. She collaborated with a German photographer to create high-fashion calendars for an Indonesian clove cigarette company. She also designed costumes for a theater production and applied her interior design talents to a bank lobby. Recently she finished a commission for a large wall mural in the Phoenix Sheraton Hotel. And, for more than a decade she had been writing poetry.

Tanner died of influenza B, according to her hospital, Yavapai Regional Medical Center.

Information provided by the family.

Democrats can win on the issues. But they need to sell them | Mark O’Keefe