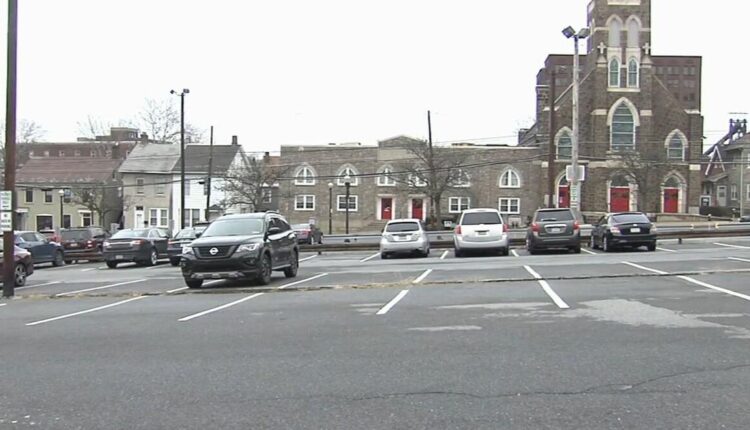 BETHLEHEM, Pa. – Lehigh University says it’s always looking for purchasing opportunities to expand its mission of education, but one opportunity has residents calling for Lehigh to pass it along.

Balven Bailey says St. John’s parking lot on Bethlehem’s South Side is a safe space for kids to play.

‘My son comes out here and rides his bike. It’s safer than actually riding in the streets,” said Bailey.

But St. John’s, St. Peter’s on Vine Street, and Light of Christ on Worthington are combining and selling their churches to pay for a new one.

Lehigh University was the top bidder at $3.7 million, beating out the city of Bethlehem by $200,000.

Southside Bethlehem leaders speak out on sale of Lutheran church

A Lehigh spokesman says “it’s too early to say what their plans for the parcels might include,” but that “Lehigh is committed to open communication and active partnership with the community throughout the process.”

Several South Side nonprofits shared their ideas for St. John’s and its parking lot with city leaders.

“We call on Lehigh to do the responsible thing and be a good neighbor, withdraw your bid or commit to reselling St. John’s Windish and its parking lots to the city of Bethlehem for public use that is determined by the South Side community,” said Delia Marrero, Executive Director of YWCA Bethlehem.

Those ideas include things like a community center, green space, and affordable housing.

Resident Alyssa Denson says the neighborhood already has a lot of student housing, and she’s worried a Lehigh sale could create more.

The members of the three churches are set to vote on the Lehigh proposal Jan 8.

69 News reached out to church leaders for comment but did not hear back.