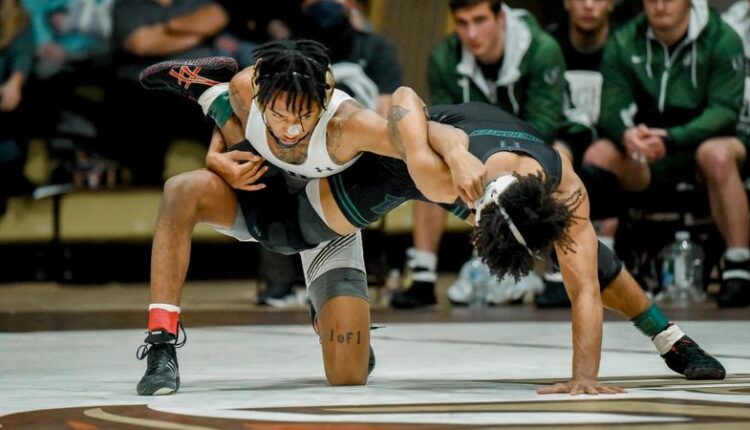 BETHLEHEM, Pa. – The 114th season of Lehigh wrestling begins with a pair of home duals. The 17th-ranked Mountain Hawks welcome No. 19 Oregon State to Stabler Arena Saturday on Take Down Cancer Day, presented by Red Robin in partnership with the Leukemia and Lymphoma Society. On Sunday, Lehigh will host EIWA foe Sacred Heart inside Leeman-Turner Arena at Grace Hall. Lehigh went 9-9 in duals last season and tied for 25th at the NCAA Championships. The Mountain Hawks’ roster features 11 wrestlers that have previously qualified for the NCAA Championships, along with a trio of wrestlers that have won EIWA titles.

Lehigh kicks off his 114th season of wrestling this weekend. The Mountain Hawks are 9-5 in dual meet openers under Pat Santoro. Lehigh’s last dual-opening win came against Oklahoma State on criteria in 2019-20. The Mountain Hawks lost last year’s dual opener against Campbell but came back to defeat Oregon State the same night.

Senior Josh Humphreys is the most accomplished of all the returning Mountain Hawks. In his first three seasons, Humphreys won a pair of EIWA titles at 157, qualified for the NCAA Championships on three occasions and in 2020 was recognized as a NWCA first team All-American. Humphreys went 20-5 last season with four falls and 12 bonus wins. He won the 2020 Coaches Trophy as the Outstanding Wrestler at the EIWA Championships. The Parkersburg, W.Va., native owns a 60-18 career record.

Lehigh’s roster features a pair of accomplished transfer student-athletes who will be making their debuts in the brown and white this weekend. Sophomore Michael Beard comes to Lehigh from Penn State, where he earned All-America honors in 2021 with a seventh place finish at 197. Beard has three seasons of eligibility remaining. Tate Samuelson comes to Lehigh as a graduate transfer after four years at Wyoming where he was a four-time NCAA qualifier. Samuelson owns a 77-37 career mark and is expected to compete at 184.

West Point on Sunday. The Beavers went 8-3 in duals last season and finished 12th at the NCAA Championships, crowning four All-Americans. The lone returning All-American is junior Brandon Kaylor, who finished eighth at 125. Kaylor is one of seven Beavers that appear in the preseason InterMat rankings as he comes in at No. 7 at 125. The highest-ranked Oregon State wrestler is Trey Munoz, who is sixth at 184. The other five Beavers are ranked between 25-33 at their respective weights. Chris Pendleton is in his third season as Oregon State’s head coach.

Lehigh welcomes back members of two of its best teams from earlier this century for the season-opener against Oregon State. Members of the 2002-03 and 2003-04 teams will be recognized at intermission on Saturday. Both teams captured EIWA titles as part of Lehigh’s run of five straight league championships from 2002-2006. The 2002-03 squad went 17-3 in duals and earned a team trophy at the NCAA Championships with a fourth place finish. In 2003-04, Lehigh went 22-4 in duals and finished third at the national tournament. Those two teams produced seven wrestlers who earned All-America honors in their careers:

Sacred Heart opens its season Sunday with the program’s first-ever dual against Lehigh. The Pioneers went 1-9 a season ago and finished 14th at the EIWA Championships. Sacred Heart snapped a long NCAA qualifier drought when Joe Accousti and Nick Palumbo qualified in 2021. Accousti has since graduated but Palumbo returns as a graduate student for the 2022-23 season and is expected to compete at 157. John Clark is in his sixth season as Sacred Heart’s head coach. Clark, a former All-American at Ohio State, spent the 2006-07 season as a volunteer assistant at Lehigh under Greg Strobel. Sacred Heart assistant coach Will Switzer is a 2017 Lehigh graduate.

This will be the first ever dual meeting between Lehigh and Sacred Heart in wrestling. The Pioneers joined the EIWA prior to the 2011-12 season. Sacred Heart is the only current EIWA member that Lehigh has not yet faced in dual competition.

Saturday’s Lehigh-Oregon State dual begins at noon from Stabler Arena, while Sunday’s match with Sacred Heart is set for 2 pm and will be held inside Leeman-Turner Arena at Grace Hall. Tickets for both duals are available and can be purchased at LehighTickets.com.

The second weekend of the dual season has Lehigh wrestling a pair of Oklahoma schools at different locations in Bethlehem on Saturday, Nov. 12. The Mountain Hawks will first host No. 10 Oklahoma State at noon inside Leeman-Turner Arena at Grace Hall and then will make the short trek to Liberty High School to face Oklahoma at 3 pm as part of Journeymen WrangleMania.