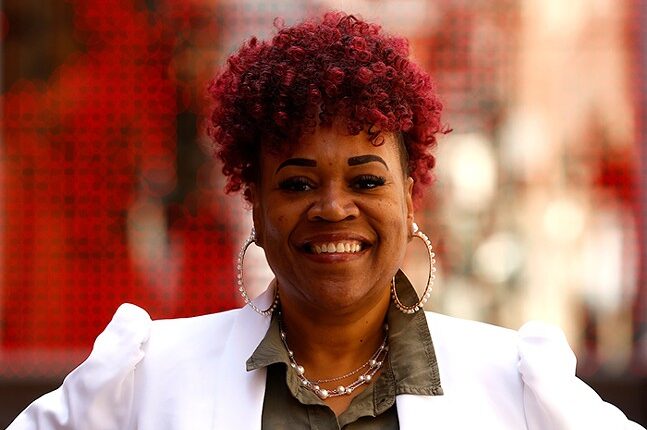 PITTSBURGH — As Pittsburgh continues to be listed as a “livable city,” reports continue to show a contrasting view on the quality of life for its Black residents, especially Black women. “Pittsburgh’s Inequality Across Gender and Race,” a 2019 study by the Gender Equity Commission, ranked the city as one of the worst in the country for Black women, citing unemployment rates, high poverty rates, birth defect rates, and death rates, including death by suicide, among other parameters.

“Situating the Voice and Experiences of Black Women in the Greater Pittsburgh Region,” a new report from the Black Women’s Policy Agenda, a Pittsburgh nonprofit founded in 2020 that aims to “both advocate and shift systems change work to focus on the intersectionality of gender and race,” shows similar findings.

“We need folks to recognize that these reports and data, these statistics, these experiences, they are real. And we need everybody to be a part of changing that. We didn’t do this to ourselves. We didn’t dig this hole for ourselves. Right?” says Rochelle Jackson, founder and director of the BWPA. “We’re coming up against systemic and institutional racism, discrimination in workplaces, harassment in the workplace, all these things that we have no control over, but we have to figure out how to survive within.”

The BWPA report, which surveyed 287 women in 2019-2020, highlights the lived experiences of Black women in Pittsburgh, including topics found in previous studies such as work and labor, pay disparity, and treatment by health care professionals.

The top five areas represented by the study were women in Penn Hills, Pittsburgh, Hill District, North Hills, and McKeesport, with 35% of the respondents between the ages of 35-44, and nearly half (45.3%) listed as single or never married.

The BWPA says that while Black women throughout history have had the highest participation in the labor market, they consistently hold the lowest overall earning power. Only 36% of Black women say they hold higher-paying management or professional positions, according to the U.S. Bureau of Labor Statistics, but the report shows it isn’t for lack of trying.

‘I moved into systemic racism’: Pittsburghers speak out on displacement of Black residents

The BWPA study also discusses a phenomenon called Severe Maternal Morbidity, or the rate at which women die in childbirth, finding that Black women are more than twice as likely to experience SMM than white women.

What does this mean for Black women in Pittsburgh? The particulars in the study show that 18% of the survey respondents are currently unemployed, with all but 2% currently seeking new employment. Half of respondents said that they are currently being paid less than their white counterparts in the jobs they hold, with 90% being aware of the racial pay gap. Over half of the study participants also said they are presented with fewer networking opportunities and fewer promotional opportunities compared to their white coworkers.

The BWPA survey also asked participants if seeing headlines that listed Pittsburgh as least livable for Black women had an effect on their mental health and emotional well-being, and 61% of respondents reported that it did. In 2021, Pittsburgh City Paper interviewed three Black women who have left or who have thought about leaving Pittsburgh, but even more reached out to express interest in moving out of the city, especially after seeing headlines like those described.

“Not everybody can leave,” says Jackson. “People are stuck here and have to navigate the waters a bit. And so, we wanted those folks to know we’re not leaving you high and dry, we’re here, we’re gonna develop a solution together.”

One of the actionable items in BWPA’s survey advocates for raising the minimum wage in the region to $15 an hour. Jackson says that many still envision “teenagers working at McDonald’s” when they hear about minimum wage debates, but says the reality is that many Black women and Black mothers hold these positions.

“Black women reported having to work more than one job just to make ends meet,” she says. “Poverty doesn’t mean that people aren’t working, poverty means that there are things that contribute to a perpetual cycle of poverty, like lack of childcare, lack of a living wage, lack of access to paid family medical leave or sick time.”

Jackson says she was surprised by the “depth of the feelings of Black women being unseen and unheard” in the Greater Pittsburgh region.

“This report needed to be done to give voice to Black women,” she says, “to acknowledge their struggle and validate them as experts of their own experiences.”

Dani Jenae is a reporter for Pittsburgh City Paper, where this story first appeared.