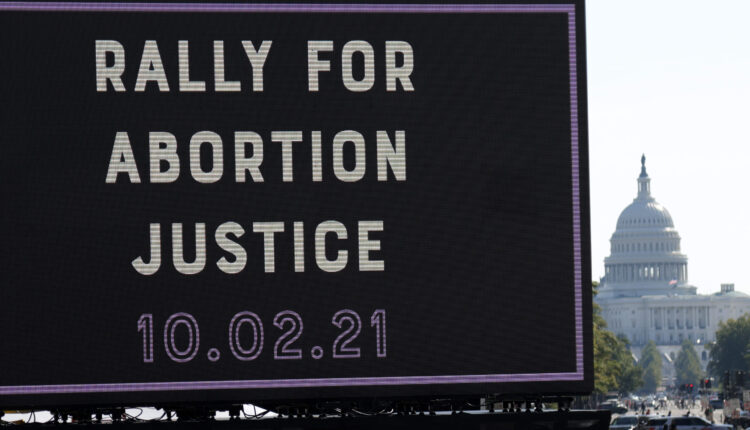 The 2020 independent film Never Rarely Sometimes Always tells a simple, true-to-life story of Autumn Callahan, a teenager from upstate Pennsylvania who has an unintended pregnancy and wants to get an abortion. She encounters many obstacles along the way, beginning with Pennsylvania’s parental consent law and her dysfunctional family.

With her cousin Skylar (played by Talia Ryder) as a companion, Autumn (newcomer Sidney Flanagan, in an impressive performance) decides to take the bus to New York City to have the procedure performed. What happens to her during the journey to and from the abortion clinic is what hundreds of thousands of women in America have to go through each year.

Made with the assistance of Planned Parenthood, the movie was filmed at a time when reproductive freedom was and is under severe threat.

The U.S. Supreme Court, consisting of six Republican justices (including three Trump appointees), appears ready to overturn Roe v Wade, its 1973 decision that established the constitutional right to abortion. As modified by the Pennsylvania case Planned Parenthood v Casey (1992), Roe made abortions legal up to the point of viability outside the womb, regarded by most doctors as around 24 weeks into the pregnancy.

Until recently, the Supreme Court struck down state laws that placed an “undue burden” on abortion rights. However, it will soon decide Mississippi’s 15-week abortion ban (Dobbs v Jackson Women’s Health Organization), which would abandon the viability standard.

In addition, the high court allowed a Texas law banning abortions after six weeks (when “fetal heartbeats” can be detected) to operate until its fate is decided in the courts. Disturbingly, Texas deputizes citizens to sue clinics and others involved in violating the law.

Though unlikely, it is possible the Supreme Court could set a new national standard, much stricter on abortion rights than Roe, instead of letting the states decide.

Nevertheless, anticipating the end of Roe, over 20 states have enacted anti-abortion laws that will go automatically into effect if the Supreme Court leaves abortion regulation to the states. For example, Oklahoma (where many women from Texas are seeking abortions) just enacted a statute that makes performing abortions a felony.

State bans vary from the point of fertilization to 20 months. Nearly all of the recent state bans allow exceptions only to save the mother’s life, not for rape, incest, or serious health conditions affecting the mother or fetus.

Bills that would ban the use of abortion pills were introduced in at least 20 states. A few are considering measures to prohibit travel to other states to obtain abortions. Moreover, five states have only one clinic.

At the same time, many states are strengthening protections for a woman’s right to choose. Sixteen states protect a right to an abortion. California is considering a proposal to make the state a “refuge” for women seeking abortions by removing administrative barriers and lowering costs.

Abortion is but one front in the culture war taking place in this country. To the extent that reproductive freedom and LBGTQ rights are based on the implied right to privacy, which some anti-abortion supporters deny, we may see efforts to ban contraceptives, same-sex marriage, and/or consensual sexual conduct.

Already we see lines drawn in Pennsylvania, which does not provide legal anti-discrimination protections based on sexual orientation or gender identity. The latest controversy focuses on the participation of transgender individuals in interscholastic sports.

All this activity makes viewing the movie a timely, important, and emotional experience. The movie’s director and screenwriter Eliza Hittman, whose films It Felt Like Love and Beach Rats also focused on teenage sexuality and hardships, avoids the temptation to turn the story into melodrama.

Filmed on location in Shamokin and New York City in a neo-realistic or quasi-documentary style, the film is more a character study of the two teens than it is a polemic on the abortion issue. Hittman calls it “a hero’s journey,” giving this personal, low-key tale an epic quality.

The political significance of the film is obvious for Pennsylvania. For decades the state has been a battleground of abortion politics. Commonwealth law stood against abortions prior to Roe v Wade.

A stalwart defender of abortion rights for individuals and providers, Gov. Tom Wolf vetoed a 20-month ban passed by the Republican-controlled state legislature in 2017. He vetoed another bill in 2019 that would have banned abortions following a prenatal diagnosis of Down’s syndrome.

If the GOP sweeps the November elections, teenage girls such as Autumn could face many more barriers to controlling their bodies, lives, and futures.

Opinion contributor Fletcher McClellan is a political science professor at Elizabethtown College in Elizabethtown, Pa. His work appears biweekly on the Capital-Star’s Commentary Page. Readers may email him at [email protected],  or follow him on Twitter at @mcclelef.