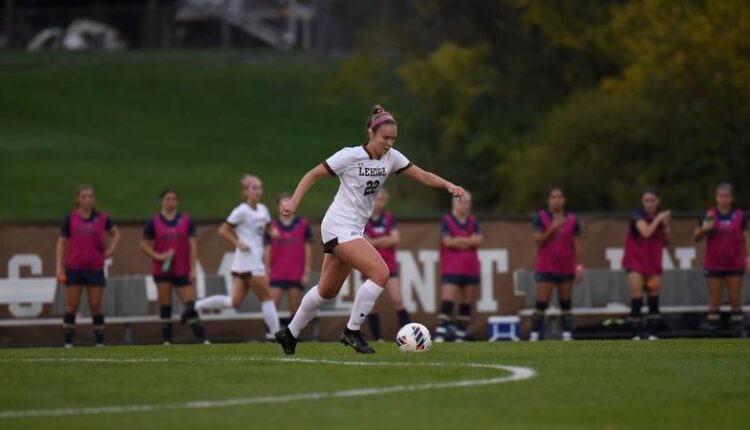 BETHLEHEM, Pa. – Lehigh senior Mattie Murphy has been named Patriot League Midfielder of the Week, the league announced Monday morning. Murphy, who has started every game for the Mountain Hawks this season, scored the first goal of the game in Lehigh’s 2-0 victory over Navy.

Murphy scored her second goal of the season in the 79th minute off of a cross from sophomore Hope Flanegin. A Lehigh throw-in from just outside the 18-yard box placed the ball right at Flanegin’s feet leading to a cross just outside the six-yard box. Murphy placed the ball into the back right side of the net to give the Mountain Hawks the 1-0 lead.

First-year Maggie Ousouljoglou received honorable mention for her solid performance against Navy last Friday. The goalkeeper tallied three saves and recorded her fourth shutout of the season against the Midshipmen.

The Mountain Hawks will travel to Hamilton, NY on Wednesday, Oct. 12 to take on Colgate. The Raiders are 2-9-2 overall this season and 2-3 in league play with wins over Boston University and Army West Point. Lehigh will look for his second straight win over the Raiders. Opening kickoff is scheduled for 7 pm and the game will be streamed on ESPN+.

White and Kahn Honored as Patriot League Players of the Week