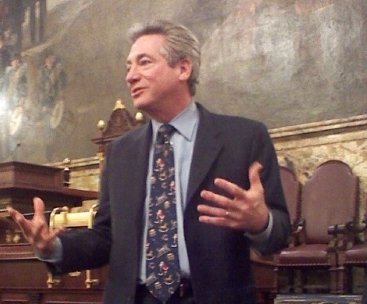 Mr. Speaker? Dennis O’Brien on life in the Big Chair and what’s next for Mark Rozzi

When he was handed the Speaker’s gavel in 2007, state Rep.Dennis O’Brien didn’t know whether he’d have the job “for two minutes, two days, or two years,” but he did know he had to make the most of the time that he did have.

“I had an opportunity that no one had ever had before,” said O’Brien, a Republican, who became the chamber’s presiding officer in a compromise agreement intended to head off a nasty leadership fight in a House that was then, as it is now, narrowly divided between Democrats and the GOP.

Democratic Gov.-elect Josh Shapiro, then a backbench lawmaker from Montgomery County, helped engineer the deal to elevate O’Brien to the top spot in the House. Shapiro served as deputy speaker under O’Brien, a post that no lawmaker had held before — or has held since.

“There is a window of opportunity, you have to jump through it,” O’Brien told the Capital-Star during a wide-ranging interview on Wednesday. “You say to yourself, ‘These are the things I want to accomplish, and these are the people who are going to make it happen. There are a lot of people who didn’t think it was going to work.”

O’Brien, who spent two years as speaker from 2007 to 2009, continues to work on, and advocate for, issues impacting Pennsylvanians living with autism. He retired from the House in 2011 after spending two years as chairperson of the House Children & Youth Committee.

O’Brien discussed his own challenges in the big chair; what it’s like being House Speaker Mark Rozzi, D-Berks, who similarly won the gavel as a compromise candidate, and understanding what the job is, and what it is not.

The interview below has been lightly edited for clarity and content.

Q: Your election was a dramatic as Mark Rozzi’s. Can you talk a bit about what that was like, and what it was like to be you on that day?

O’Brien: In 2007, I went over to the Governor’s Mansion, and [former Gov. Ed Rendell] said I really had to do this [become speaker]. And he said that if I don’t do this, there will be gridlock, and we have important things to do.

And I told him that I couldn’t switch parties. Because if I did that, it would be the only thing that people will focus on. And they’ll ask what he got and I got [for doing it]. Rendell thought about it … and he said [I] was right. I had my son, Dennis, with me, and there was this little pinball machine where you could shoot baskets, and he played with that for a while, then he moved to this couch near me, and my son raised his hand, and I said, “Yes, Dennis?” And he said “Dad take the deal.”

O’Brien later went to the Capitol to meet with Democratic leaders, including now U.S. Rep. Dwight Evans, who was then the ranking Democrat on the House Appropriations Committee, and key Republicans, including former Speaker John Perzel, R-Philadelphia.

O’Brien: We heard [former Rep. Bill] DeWeese grab a microphone and shout my name into nomination. I looked at Josh and said “What do we do?” And he said “We make it up as we go along.”

On the floor, DeWeese described O’Brien as a “a fine-hearted idealistic Republican” who was well-suited to lead “a clean slate” after 12 years of Republican control of the 203-member chamber, the Associated Press reported at the time. 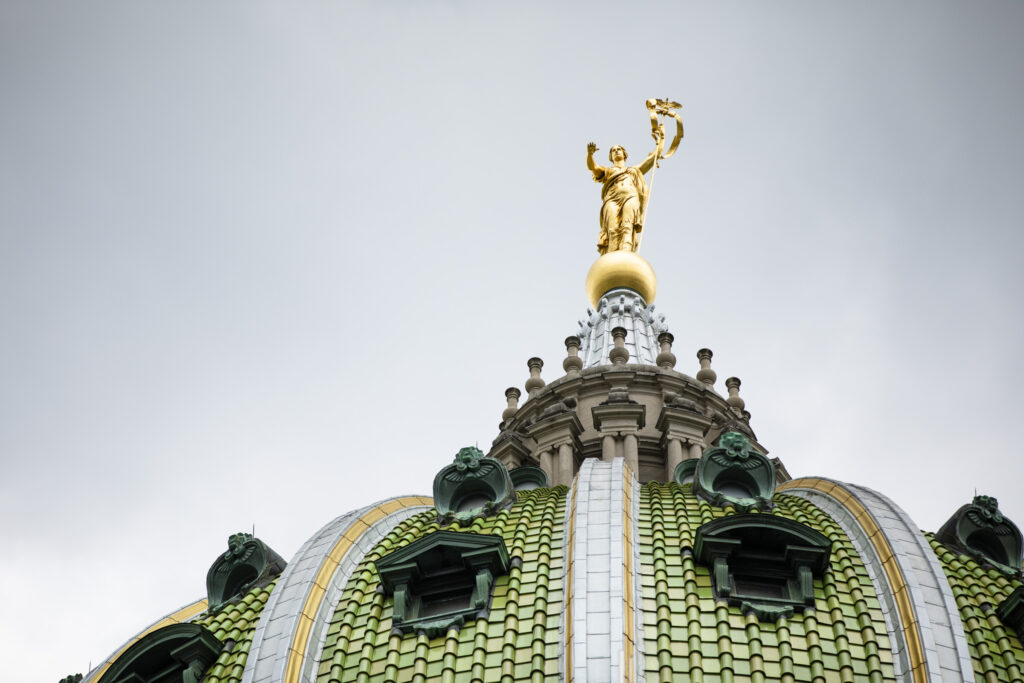 Pennsylvania Capitol Building on Tuesday, May 24, 2022, in Harrisburg, Pa. (Photo by Amanda Berg for the Capital-Star).

Q: The job is complex. It’s not just floor action — there’s machinery and infrastructure to go with it, right?

Q: Does Rep. Rozzi know what he’s stepping into?

O’Brien: You can’t anticipate the level of complexity on the floor as a challenge. There has to be an understanding of the issues and the procedures. And you have to have the schedule, there are so many things that you are in control of and responsible for.

O’Brien: It took intensive work and collaboration with the best staff. And the welcoming and support of the Democrats in this unusual paradigm, and a lot of relationships that were sustained. I was not going to fight to hold onto the speakership forever. I could have done things that would allow me to stray. I made a list of things I wanted to do in healthcare and in criminal justice… If I get that done I can leave.

Q: Any advice for Rep. Rozzi as he tries to get a handle on a very complicated job?

O’Brien: You are honored by people giving you their confidence, their story, and their trust. It all came down to recognizing that this power isn’t yours. You see so many people fight to hold onto it, and that’s when they lose themselves. It was a unique experience. It only happened twice in the history of the country, and it happened to me. I’m proud of it.

Bleeding and in Pain, a Pregnant Woman in Louisiana Couldn’t Get Answers