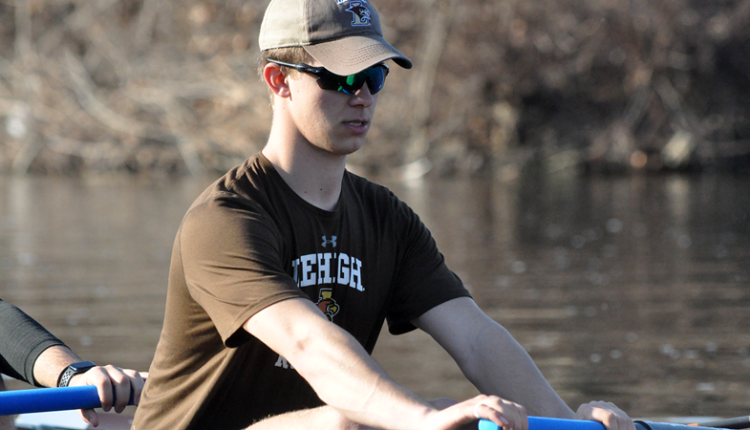 SHAMOKIN DAM, Pa. – The Lehigh men’s rowing team opened its spring season on Saturday against Mercyhurst, Michigan and Bucknell while the women faced Mercyhurst on the Susquehanna River in central Pennsylvania. The Mountain Hawks struggled, but took some valuable learning experiences as they prepare for their championship races in May.

“With today’s racing, we’re a little bit disappointed in the results,” said Lehigh head coach Brian Conley. “We had a really hard week of practice this week trying to learn about accountability and helping each other raise ourselves up in terms of bringing our A game. There were steps towards that, but we still have a way to go.”

Against Mercyhurst, the Women’s Varsity Eight finished second in both flights (behind Mercyhurst and ahead of the Mountain Hawks’ 2V), posting times of 7:41.3 and 7:24.0. Lehigh’s Women’s Varsity Four recorded times of 9:14.3 and 10:17.9.

The Mountain Hawks (men and women) return to the water next weekend at the Murphy Cup on the Schuylkill River in Philadelphia.

“There’s still a lot of spring racing,” said Conley. “I truly believe that by the time we get to Patriots and the MARC (Mid-Atlantic Rowing Conference), we’ll be ready to race at our top game. Hopefully the Murphy Cup is a different result for us and we’re going to work towards that this coming week.