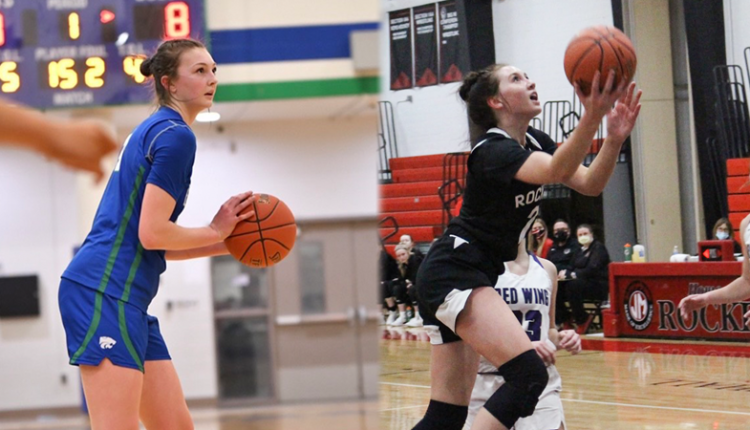 BETHLEHEM, Pa. – The incoming class of recruits for the impending 2022-23 season has been finalized by the Lehigh women’s basketball program, announced officially on Thursday afternoon by head coach Addie Micir.

Replenishing the contingency of Minnesotans, the Mountain Hawks bring in forward Lily Fandre and wing Katie Hurt to the fold for the upcoming campaign.

“We are so thrilled to have Katie and Lily officially join our women’s basketball family,” said Micir. “They are competitors, workers, winners and the energy and joy they play with is contagious. Our Lehigh fans will be impressed by their basketball skills and, more importantly, by the way they celebrate their teammates and play quality team basketball.”

Fandre brings promise to the post, having completed a strong career at both the high school level with Eagan High School and in AAU with North Tartan. She has been named an All-Conference selection at Eagan and has also earned Offensive and Defensive Player of the Year honors. She is the school record holder in blocked shots and ranks second in points and fifth in career rebounds. Aside from basketball, Fandre was named Jumper of the Year in Track and Field and also played softball. In the classroom, Fandre was an Academic All-State selection and graduated with Magna Cum Laude honors.

“Lily is a talented mobile post player who has the perfect combination of toughness and finesse for our system,” Micir said. “She’s a capable defender who can guard multiple positions on the floor and she’s a versatile offensive threat who can score on the block and from behind the arc. Lily has played at the highest level of Nike EYBL for North Tartan and comes to us well prepared to make an impact. We are very excited for her to add both talent and depth to our post rotation.”

Both offensively and defensively, Hurt excelled on the court during her high school career. A product of Rochester John Marshall High School, she was an All-Conference Big Nine honoree and served as team captain for two seasons. Throughout her four seasons with the Rockets, Hurt averaged a little over 12 points per game, along with four assists and six rebounds. In the classroom, Hurt was an All-Conference honor roll selection.

“Katie is an athletic wing who thrives in the open court. Her speed, quickness and length make her a tough matchup within our offensive framework and gives us versatility on the defensive end,” said Micir. “She has competed and won at a high level with MN Fury and played in the championship game of the Under Armor circuit. What really impressed us about Katie is that she has added to her game each year and we are excited for her to continue that upward trajectory.”

Eager to compete for a fifth Patriot League title in 2022-23 with a new head coach at the helm, the Mountain Hawks are loaded with talent for the coming year with two seniors, six juniors, three sophomores and – with Fandre and Hurt – two first years.

Lawmaker Takes on Insurance Companies and Gets Personal About His Health