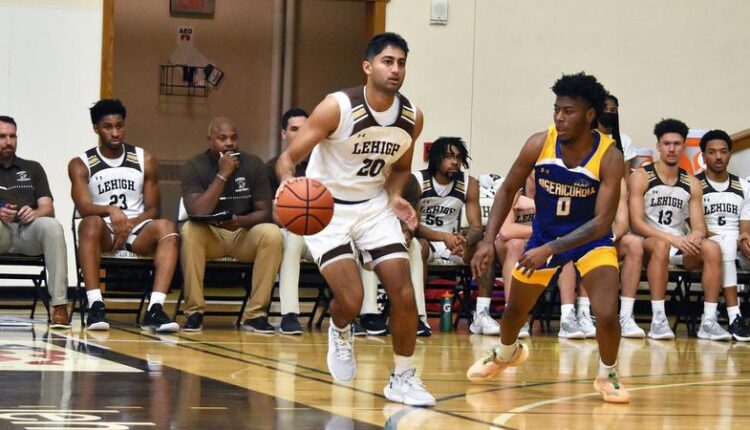 BETHLEHEM, Pa. – The Lehigh men’s basketball team will play their second home game of the season and first game at Stabler Arena for the 2022-23 season, as the Mountain Hawks take on Marist with game time set for 7 pm Lehigh leads the overall series 6-0 and won the last meeting in 2018, 78-72.

Lehigh (1-2) is coming into the game after earning his first victory of the year with a 97-58 win over Division III Misericordia on Sunday at Leeman-Turner Arena inside Grace Hall. The Mountain Hawks played their first game inside Grace Hall since 1979. A balanced scoring effort saw 14 different Mountain Hawks record a point Sunday, with four of them scoring in double-figures. Keith Higgins Jr. recorded 17 points, going 6-for-9 from the field, 3-for-6 from long-distance and 2-for-2 from the free throw line. Higgins added three rebounds, two assists, one block and a steal while Tyler Whitney-Sidney also made six baskets from the floor, one 3-pointer, and both of his foul shots for his 15 points.

Evan Taylor tossed in 12 points, going 5-for-7 from the field and 2-for-3 from beyond the three-point line, and brought down four boards. He swiped three steals and added one assist. Rounding out the Mountain Hawks in double-digit scoring was Reed Fenton, who went 5-for-9 from the floor, and knocked down a three-pointer for his 11 points. He contributed two steals, a blocked shot and one rebound.

Lehigh ended the night shooting 45.6 percent while holding the Cougars to 33.9 percent from the field. The Brown and White shot 28.1 percent from long-distance as Misericordia shot just below that at 27.6 from behind the arc. The Mountain Hawks out-rebounded the Cougars 55-34 in the matchup.

Marist comes in with a 1-1 record after winning its season-opener against American, 73-69, and then falling l to Binghamton by three-points. Three Red Foxes are scoring in double-figures, led by Patrick Gardner with 21.5 points per game and 9.5 rebounds per contest.

Tickets to Wednesday night’s game can be purchased at LehighTickets.com or by visiting the Stabler Arena box office prior to tip off.

Following Wednesday’s game, the Mountain Hawks will travel to Saint Francis on Monday, Nov.21. Tip-off is scheduled for 7 pm and will be broadcast on NEC Front Row and Fox Sports Radio 94.7 FM and 1230 AM.