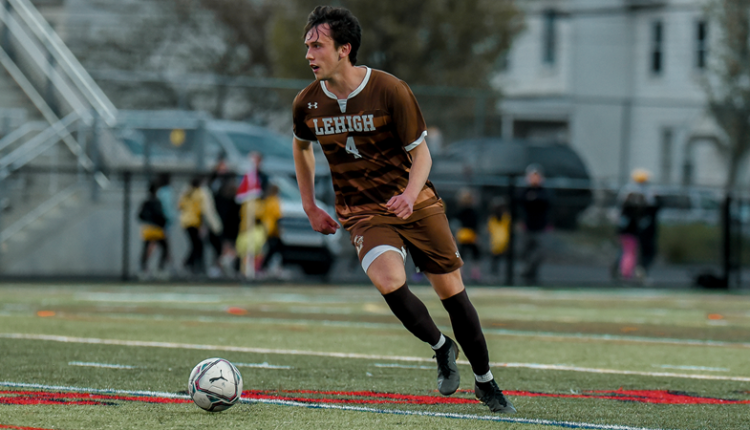 BETHLEHEM, Pa. – Attempting to bounce back from a season-opening loss at Temple on Thursday night, the Lehigh men’s soccer team heads to UMBC in Baltimore Monday night with a 7:30 pm kickoff. The Mountain Hawks (0-1) visit the Retrievers (1-0), looking for a better result than at home last season when they fell, 3-0 on Sep. 21, 2021.

Lehigh out-shot Temple, 13-5 on Thursday but a seventh minute strike from Yann Kouemi gave the Owls al they needed to come out with the shutout victory.

Sophomore Perry Kingson tallied a team-high three shots, including one on goal, while first-years Jarman Reilly and Gennaro Mazzella each chipped in a pair of shot attempts. Sophomore goalkeeper Ryan Gross made two saves, but gave up the early game-winner to earn the loss.

The Mountain Hawks won the corner kick battle, out-pacing Temple 8-0, while conceding 13 fouls to the Owls’ 17.

There was a total of six bookings between the two sides including two for first-year Sam Davis, who was sent off in the 84th minute.

UMBC recorded its most goals in a single game in 18 years with an 8-2 victory over Fairfield Friday evening.

The Retrievers conceded a pair of Stag goals in the 35th and 59th minutes, but out-shot them 18-11 with 11 shots on goal in the contest.

UMBC keeper Quantrell Jones made two saves to get the win.

Monday’s game will be streamed live on America East.TV at 7 pm