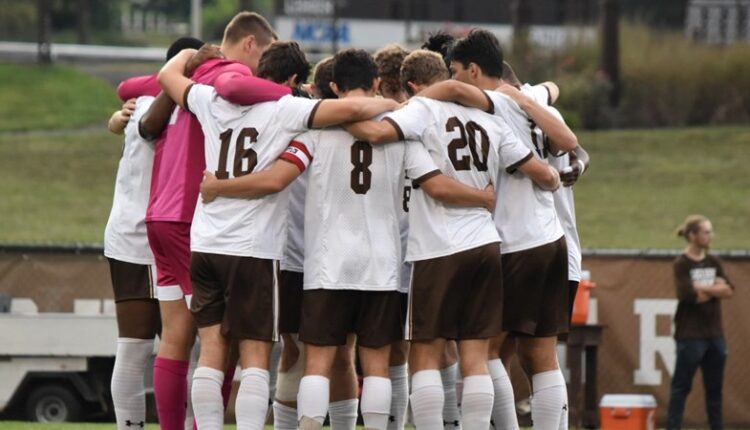 BETHLEHEM, Pa. – After Tuesday’s home opener against La Salle, the Lehigh men’s soccer team is back on the Monday road as the Mountain Hawks are headed to University Park for a 7 pm kickoff against the Penn State Nittany Lions.

Heading into their fifth game, the Mountain Hawks (0-3-1) are still looking to capture their first win of the season after their match with La Salle earlier this week ended in a draw.

Jack Sarkos is the only player on the Mountain Hawks that has scored this season. During Tuesday’s game against La Salle, Sarkos put himself on the leaderboard with two goals. Lehigh led 1-0 and 2-1 but on both occasions La Salle was able to tie the game.

Penn State is 2-2-1 after falling 2-1 to Princeton at home Friday night. The loss snapped a two-game winning streak for the Nittany Lions.

The Mountain Hawks will face tough competition on the road this week, as junior forward Peter Mangione was named Big Ten Offensive Player of the Week and was selected to the College Soccer News Men’s National Team of the Week after registering three goals and two assists for eight points last week.

The Nittany Lions lead the all-time series 13-3-1. The last time Lehigh faced Penn State was 10 seasons ago in the 2012 campaign. Lehigh scored a late goal in the 90th minute to secure a 1-0 victory.

Monday’s match will be streamed on BTN+.

Lehigh will then return to the Ulrich Sports Complex to host American in the Patriot League opener, Sept. 16 at 6 pm That game will be streamed on ESPN+.