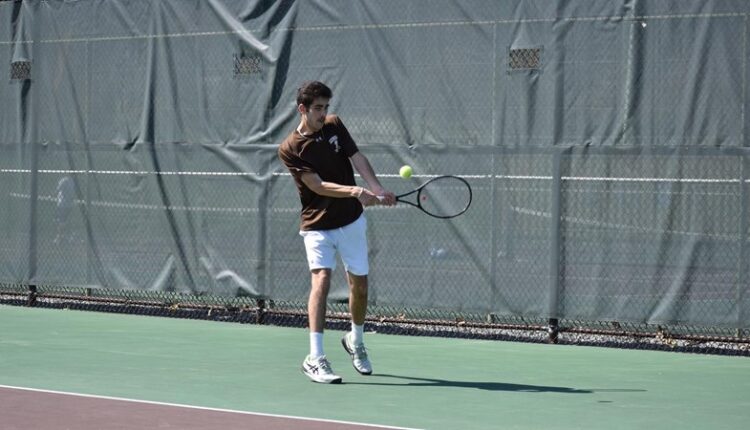 BETHLEHEM, Pa. – The Lehigh men’s tennis team defeated Army West Point for the fourth time in program history on Friday afternoon. The Mountain Hawks defeated the Black Knights 4-0 on the Ulrich Varsity Tennis Courts to improve to 10-6 on the season and 5-1 in the Patriot League.

“This was one of those days where everything worked for us and it all came together,” said head coach Wouter Hendrix. “Jeremy Learner stepped up for us at the end but this is a total team effort. We’ve waited 10 years, actually it was on this day 10 years ago that we beat Army on these courts and to do it on a day like this where we honored the Petersen family and all that, it just couldn’t be more perfect than this.”

Lehigh got off to a strong start during doubles play, winning two matches to secure the 1-0 lead. Junior Jeremy Learner and first-year Marc Blekhman picked up the Mountain Hawks’ first win of the day, defeating Army’s Samuel Eden and Diego Huttepain 6-3 at the No. 2 spot.

Seniors Zack Elliott and Gary Fishkin secured the doubles point for Lehigh, defeating AJ Woodman and Thomas Lake 6-4 at the No. 1 spot.

The Mountain Hawks went on a tear during singles play, winning three consecutive matches to secure the win over Army. Junior Matt Kleiman got things started for Lehigh, defeating AJ Woodman from Army in two sets. Kleiman defeated Woodman 7-5, 6-4 at the No. 2 spot to secure his 11th win of the season.

With a 3-0 lead, Lehigh needed one more singles win to clinch the win against Army. Junior Jeremy Learner stepped up and secured the Mountain Hawks’ first win over the Black Knights in ten years. The junior came out strong, winning the first set 6-0. Army’s Jake Huarte fought back to win the second set but Learner did not let that stop him from securing Lehigh’s tenth win of the season. In the third set, he defeated Huarte 7-5 in a thrilling victory to clinch the match.

“Fortunately for me, I broke back late in the third set and pulled through,” said Learner. “It was an amazing match. We haven’t beaten Army in 10 years to this exact day so to win this match is a dream come true.”

The Mountain Hawks will remain in Bethlehem for their final home match of the season. Lehigh will host Boston University on Sunday at 10 am for Senior Day.