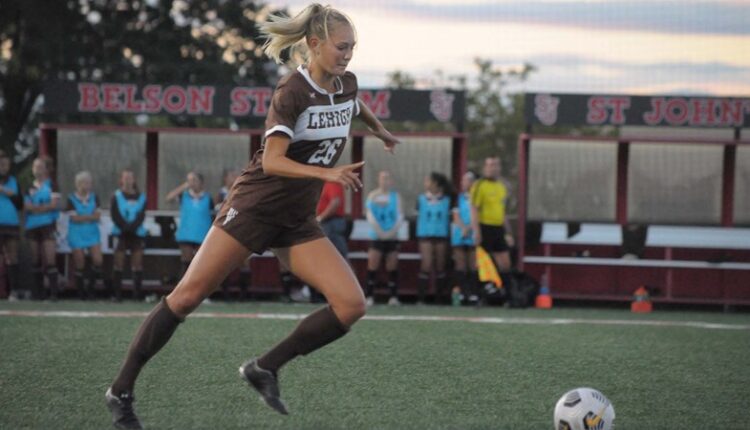 Mountain Hawks Open Up League Play at Army on Friday

Despite a slow start to the season, the Mountain Hawks (2-3-1) have picked up the pace after winning their last two games. Lehigh first took down Siena 2-1 on the road last Thursday and then followed up with a 1-0 shutout of St. John’s Sunday at home.

After a successful week on the field, two players were recognized with Patriot League weekly awards. Fifth-year Erin Keefe was named Patriot League Defensive Player of the Week, leading a back line that allowed St. John’s only four shots on goal during 90 minutes. Keefe finished off the game by scoring her first career goal in the 90th minute, securing the win for the Mountain Hawks.

Last year’s matchup against Army West Point ended in a 3-3 tie. Lehigh’s three goals were the most that the Mountain Hawks have scored against the Black Knights in a single game since 2004. Army leads the series 20-8-6 and is unbeaten in the last four meetings. Lehigh’s last win came by a 2-0 score at West Point in 2017.

Next week, the Mountain Hawks will return home to host the rivalry against Lafayette on Wednesday, Sept. 21. The game is scheduled for a 7 pm kickoff and is presented by Lehigh Valley Orthopedic Institute. The game will be streamed on ESPN+.