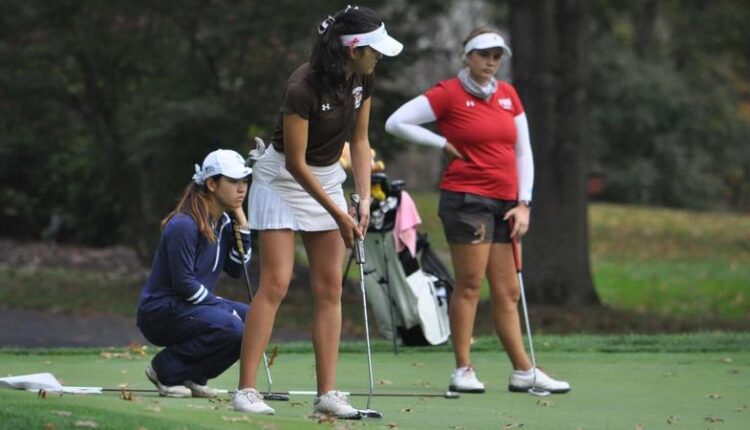 REHOBOTH BEACH, Del. – The Lehigh women’s golf team set a program record for lowest 18-hole score in its opening round of the fall season as the Mountain Hawks kicked off the fall campaign with the first 36 holes of Delaware State’s Hornet Classic at the Creek, Monday at Kings Creek Country Club.

Lehigh shot six over par 290 on Monday’s morning round and then shot 314 in the afternoon. The Mountain Hawks’ 36-hole total of 604 has them in third place out of 11 teams entering Tuesday’s final round.

Wong was Lehigh’s low player on Monday, shooting 145 (71-74) to sit in a tie for second place. She carded five birdies – three in the morning and one in the afternoon – and is one stroke behind leader Kyra Cox of Howard.

Pineda matched Wong with a first round 71 and then shot 77 in the afternoon. She made two birdies in each round and is tied for eighth place at 148.

Taverna opened with a strong 73 and then shot 93 in the afternoon and is tied for 50th place. She made one birdie in each round.

Howard leads the team race at 586 behind two rounds of 293. Sacred Heart sits in second place, two strokes off the pace.

The Hornet Classic at the Creek wraps up Tuesday with the final round. A shotgun start is set for 8:30 am

In the must-win Philly suburbs, with Santorum at his side, Doug Mastriano mines for votes