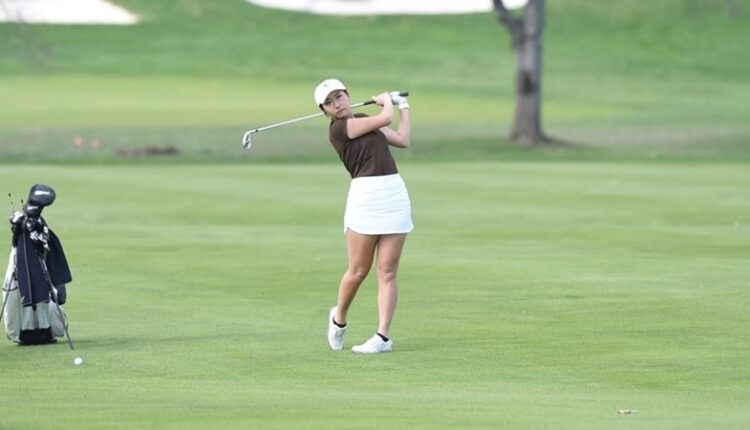 BETHLEHEM, Pa. – The Lehigh women’s golf team will head to Annapolis, Md., this weekend for the 2022 Patriot League Championship. The 54-hole event will be played over the span of three days and be played at the Naval Academy Golf Club.

The annual championship will be hosted by last year’s champions, Navy and the tournament field will include other Patriot League schools Boston University, Bucknell, Holy Cross and Richmond. Lehigh last won the Patriot League in 2013, the inaugural year of the championship.

First-year Madison Pineda will be headlining the Mountain Hawk lineup in her first Patriot League Championship appearance. Pineda most recently finished in a three-way tie for individual medalist at the Prospect Bay Intercollegiate and will head into the weekend with four straight top-ten appearances. She has earned Patriot League Women’s Golfer of the Week honorable mention five times.

Junior Hannah Foster wants to compete in the No. 4 spot. Foster led the Mountain Hawks through 36 holes in the fall season opener at the Bucknell Invitational and finished in 15th place shooting 232 (70-78-84). She was Lehigh’s low finisher at last year’s PLC with a 19th place finish.

Sophomore Sophie Taverna wants to be in the No. 5 spot in her first Patriot League Championship. Taverna finished as the low individual at the weather-shortened Lehigh Invitational.

Last time out, Lehigh finished fifth out of 15 teams at the Prospect Bay Intercollegiate in Grasonville, Md. Lehigh’s stellar season has included a team runner-up finish to Naval Academy at the season opener Bucknell Invitational. Three Mountain Hawks placed inside the top-ten at the SHU Spring Invitational, good for a third place team finish. Lehigh has posted top-five team finishes in six out of eight tournaments in the 2021-2022 season.

The Mountain Hawks finished eighth, shooting 629 (321-308) at the Navy Fall Invitational at Naval Academy Golf Club earlier this season. Pineda led the way, finishing in a tie for fifth shooting 149 (75-74).

The Naval Academy Golf Club will play at 6,084 yards to a par 72. Tee times all three days will begin at 8:30 am This will be the first year of the three day format. Lehigh will play with Bucknell and Holy Cross for Friday’s opening round.

Live scoring will be available on GolfStat.com (link at top of page).