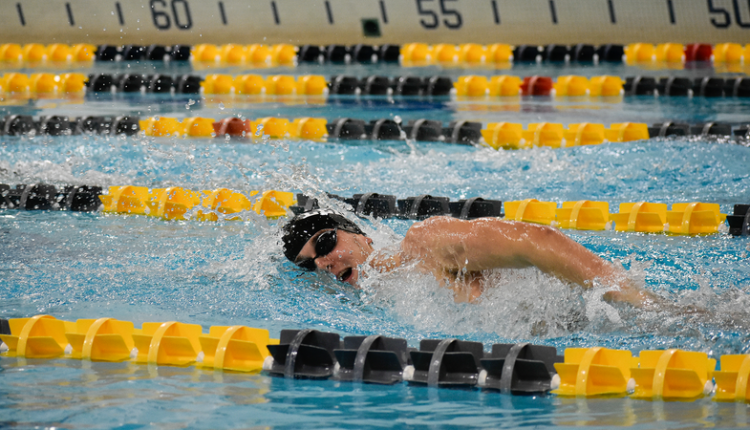 BETHLEHEM, Pa. – The Lehigh men’s swimming and diving team was defeated by Seton Hall 166-75 Friday afternoon in the Mountain Hawks first meet back after winter break.

Lehigh fell to 2-5 overall, while Seton Hall improved to 5-1.

Despite not coming away with a victory, Lehigh still had some positive showings on Friday.

Led by star first-year Aaron Williams, the 200-yard freestyle relay finished in first with a time of 1:23:90. Aiden McCurley, Tim Norris, Alex Patti, were the other Lehigh swimmers on the relay.

Williams was so close to picking up a first-place victory in the 50-yard freestyle. He took home second place with a time of 21.41, while Seton Hall’s Michael Klimaszewski won in 21:36. Williams also took another second-place finish in the 100-yard butterfly (51.37)

The Mountain Hawks will look to rebound when they take on Bucknell on Jan. 21 at 12 pm in Lewisburg.