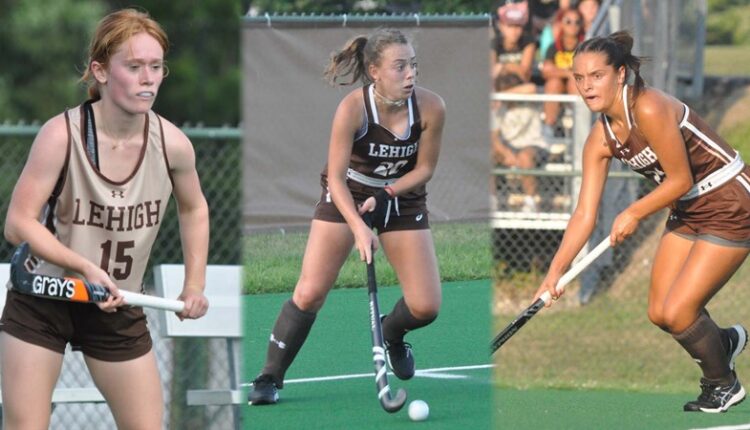 All three contributed to Lehigh’s 3-1 win at Ball State on Saturday and the Mountain Hawks’ battle at No. 22 Ohio State on Sunday.

Bonthuis contributed two goals in the win over Ball State. She opened the scoring late in the second quarter scoring off a feed from sophomore Guusje Hogendoorn and added a second tally in the third quarter after dribbling through several Cardinal defenders and hitting a well-placed shot into the back of the cage.

This is the third weekly career award and second Offensive Player of the Week award for Bonthuis, who leads Lehigh with three goals this season and had a team-best 10 shots over the two games this past weekend.

Gatelein was a force defensively for Lehigh, controlling the defensive circle against Ball State as the Mountain Hawks kept the Cardinals off the scoreboard through the first 54 minutes while building a 3-0 advantage. Four minutes into the third quarter, Gatelein doubled Lehigh’s lead with a shot from the top of the circle for her fifth career goal.

Mes was recognized for her play in the midfield in Lehigh’s two games over the weekend. She started both games on the left side of the midfield and was lauded for her excellent 1-on-1 defense, creating several turnovers which helped swing momentum in the Mountain Hawks’ favor. Mes’ relentless work rate has helped her make an immediate impact since entering the Lehigh lineup.

The Mountain Hawks (1-3) are back home for their next two games as they will host La Salle Friday at 6 pm and Wagner Sunday at 11 am on Ulrich Field. Both contests will be streamed on ESPN+.