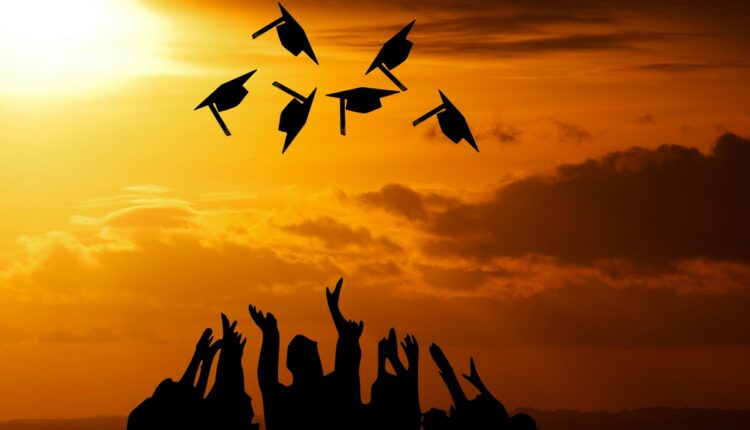 By Nicholas A. Bowman

College graduation gaps between Black and white students tend to shrink when there are more students of color or faculty of color on campus. This finding is based on analyses of 2,807 four-year U.S. colleges conducted by psychology researcher Nida Denson and me. Our research appeared as a peer-reviewed article in 2022 in Volume 93, Issue 3, of The Journal of Higher Education.

Not only did we find that the gap in graduation rates between Black and white students is smaller at colleges with a larger percentage of Black students or faculty.

We also found that the presence of one racial group may lead to smaller graduation gaps for other groups as well. For example, a greater percentage of Black students or instructors often helps shrink the graduation gap between other groups, such as Latino and white students.

Our findings were mainly at colleges where almost no students attend online programs. Students in online coursework sometimes know the race of their instructor and other students. However, these racial identities may not be obvious in online courses on a day-to-day basis, especially if students have few chances to interact.

Our findings hold even after we took other factors into account, such as how selective the college was, where it was located and how much it cost to attend.

Our research highlights an overlooked reason that may explain some of these gaps: the presence of a large majority of white students and faculty at many colleges.

This finding is important, because colleges have some control over the students whom they choose to recruit and admit as well as the faculty they hire.

Our finding that majority-Black and majority-Latino colleges have managed to eliminate gaps in graduation rates – despite centuries of past and present racism that affect student outcomes – is also notable.

Some of these colleges have a founding mission of supporting students of color, such as historically Black colleges and universities, which were originally created for Black students who were prevented from attending white colleges. Others have a large percentage of students of color without this type of history, such as California State University, Fresno.

Future research is needed to better understand how and why the presence of students and faculty of color may lead to equitable graduation rates. Moreover, colleges and universities may want to bolster their efforts to hire faculty of color to improve their students’ outcomes.

While this study shows that higher percentages of students and faculty of color tend to close racial gaps in graduation rates, it does not explain how this happens.

This closing of gaps may occur from students of color feeling comfort when seeing other people of color on campus, having more interactions and friendships with students of color, or experiencing more inclusive classroom environments with faculty members of color.

Nicholas A. Bowman is the Mary Louise Petersen Chair in Higher Education at the University of Iowa. He wrote this piece for The Conversation, where it first appeared.