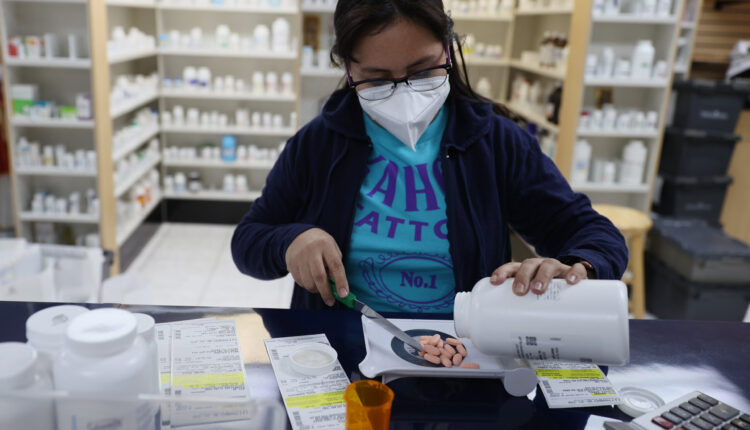 In her early 20s, Karisa Hunt learned the hard lesson of what happens when someone rations life-preserving medication.

Hunt was diagnosed with Type 1 diabetes as a 4 year old and has been on insulin since then to help control her blood sugar levels. But while in college and feeling guilty for saddling her parents with high copays for the insulin, she started lowering her prescribed dosage. “It was a little less here, a little less there,” she recalled recently.

It proved a life-altering decision, one that resulted in two surgeries in each eye and, ultimately, the complete loss of vision in her left one.

Once she was out of college and on her own health insurance plan, Hunt couldn’t afford the $400 monthly copay. With rationing a no-go, she found another, still less-than-desirable solution: a low-cost, older version of insulin sold at Walmart.

It didn’t control her diabetes nearly as well, and it left her sicker more often. She worried about long-term damage to her kidneys and the nerves in her limbs. Still, it cost her a doable $75 a month. She told herself she had no choice.

“It felt like I was trading away years at the end of my life to stay alive now,” said Hunt, who is now 36, works in marketing and lives in Commerce City, Colorado, just northeast of Denver.

But 2019 brought a welcome change: Colorado became the first state to pass a law that set a $100 limit on the monthly out-of-pocket expenses some diabetes patients would be required to pay for their insulin. All at once, she could afford the optimal insulin for her.

“It felt like it was giving myself years of my life back,” Hunt said.

Last year, Louisiana and Maryland became the latest, bringing the total to 22 plus Washington, D.C. Other states are poised to consider similar measures this year, including Nebraska and New Jersey.

“These proposed solutions are definitely a step in the right direction and address a big harm, which is when people ration because of affordability,” said Dr. Jing Luo, an assistant professor of medicine at the University of Pittsburgh School of Medicine and its Center for Pharmaceutical Policy and Prescribing.

However, the state laws can’t include most large employer and union health plans; those fall under federal government regulation. Nearly half the U.S. population, or about 156 million people, are in employer health plans. By contrast, 17 million individuals are enrolled in ACA plans.

Congress last summer imposed a $35 cap on copayments for insulin for Medicare beneficiaries, who are 65 and older. But Senate Republicans in August stripped out of a budget bill a measure that would have set a $35 cap for patients with private insurance. Some argued that it did not solve the underlying reasons for increasing insulin prices and that insurance companies would raise premiums to offset the cost, The Washington Post reported.

The financial burden of the caps falls on some combination of the players involved in the distribution of medicines — the manufacturers, the health plans and the pharmacy benefit managers, known as PBMs, which administer pharmacy benefits for health plans.

Those entities generally have opaque and somewhat contentious relationships that ultimately determine both drug prices and profit distribution among them. Critics have long complained that the lack of transparency makes it hard to tell whether patients pay reasonable amounts for their medicines.

At least publicly, the groups are putting a good face on the new legislation. For example, the pharmaceutical company Sanofi, one of three major manufacturers of insulin, said in an email to Stateline that it backs limits on copays.

But if patients are having trouble paying for their insulin, the company implied that others in the supply chain could be to blame. “Sanofi has long supported efforts to cap monthly copays for covered insulins to ensure patients directly benefit from the significant rebates paid by Sanofi to PBMs and health plans to assure affordable access for patients,” the company wrote.

Seven of the states with caps set a limit of $100 on copays for a 30-day supply of insulin, the highest amount among states, while others are significantly lower, according to a tally by the American Diabetes Association.

Connecticut, New Mexico and Texas all set $25-a-month limits. Without the caps, patients could pay $150 a month or more, especially if they require multiple variations of the drug.

Some states also set limits on how much patients have to pay for diabetes-related supplies such as syringes, pumps and test strips, which also can be expensive.

According to the federal Centers for Disease Control and Prevention, 37 million people in the United States, about 1 in 10, have diabetes.

Between 5% and 10% of diabetes patients have Type 1, which results from an autoimmune reaction and typically emerges in adolescence or early adulthood. The rest have Type 2 diabetes, which usually appears in adulthood and is associated with diet and weight gain. Everyone with Type 1 needs insulin, and some with Type 2 may as well. According to the diabetes association, 8.4 million U.S. patients take insulin.

Since the early 2000s, as manufacturers raised the price of insulin, the cost to patients has risen. One 2022 analysis by the Kaiser Family Foundation found that for Medicare beneficiaries, out-of-pocket spending on insulin jumped from $236 million in 2007 to $1.01 billion in 2018, more than a 300% increase in that time. That’s in line with other analyses showing a near tripling of the price of insulin in the 2000s.

Lehigh to take on Defending Patriot League Champions on Saturday