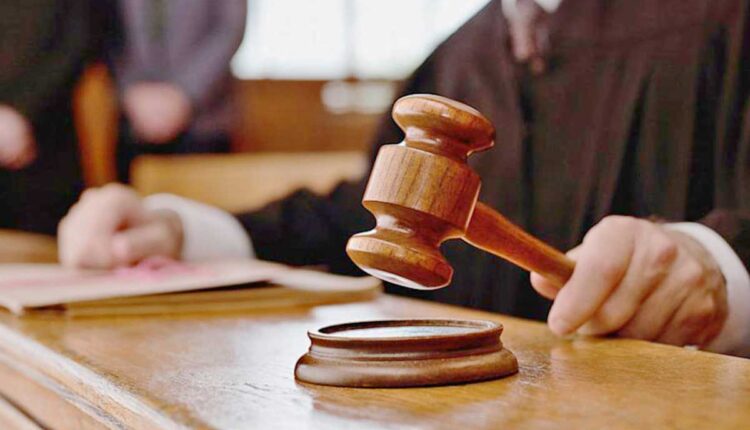 A district judge nominated by Gov. Tom Wolf to fill a vacant seat in Monroe County has been charged with lying about his address to qualify for the position and instructing a resident of the home where he claimed to live to lie to a detective.

District Judge John R. Caffese was arrested Thursday and released on $50,000 unsecured bail after an initial hearing in district court.

Caffese, 36, is charged with felony counts of theft and receiving stolen property for collecting his salary as a district judge for four months.

Caffese is also charged with misdemeanor counts of unsworn falsification, false swearing and obstructing the administration of law. His attorney, Brett Riegel of Stroudsburg, did not return a call seeking comment.

According to the charges filed in district court in Stroudsburg, the state Senate confirmed Caffese’s nomination on July 8 for a district court judgeship in Tobyhanna and Tunkhannock townships that expires in 2024. District judges are required to live in the municipalities where they serve.

In April, Caffese submitted a questionnaire for judicial nominees to the Governor’s Office of General Counsel listing an address in Tobyhanna, Monroe County, as his residence. In June, he listed the same address as his home in a financial interests statement and a Senate nomination questionnaire, according to the charging document.

The investigation by the Monroe County district attorney’s office showed that Caffese changed his voter registration from a home he owns in Stroudsburg to the Tobyhanna address on June 13, the day Wolf nominated him.

Two weeks after the Senate confirmed Caffese’s nomination, he submitted a change of address form to the U.S. Postal Service redirecting his mail from the Tobyhanna address to a home in Stroudsburg that Caffese owns, according to the charging document.

Cell phone data also showed that a majority of the calls Caffese made were routed through cell towers closest to the home he owns in Stroudsburg and the district court and only 11 were through the tower closest to where he claimed to live.

The detective interviewed a resident of the Tobyhanna home who said Caffese agreed to rent a room for $200 a month but was unable to provide a formal rental agreement and said Caffese visited the property about once a week, according to the charging document.

The resident agreed to record a phone call between himself and Caffese in which Caffese was recorded making statements about visiting the address to “keep up appearances.”

When the resident said he would have to allow investigators to come inside the house, Caffese told him not to cooperate, according to the affidavit.

Caffese told the resident to tell investigators to leave him alone and say “You got a subpoena or a search warrant to force me to talk to you, I’m done,” the affidavit reads.

According to the affidavit, Caffese took more than $20,000 in salary from the state despite knowing that he was not entitled to serve as a judge in that district.