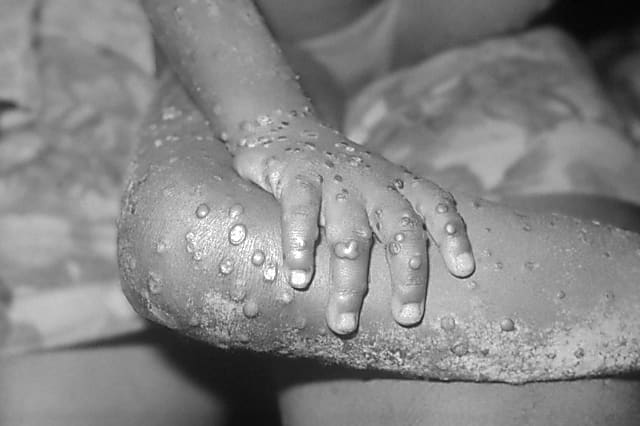 The disease is normally spread by infected wild animals in Africa. There were two cases in the United States last year, both in travelers returning from Nigeria, reports said. At least two of the newest US cases involved travel.

All three locations’ public health departments are awaiting confirmation from the Centers for Disease Control and Prevention (CDC), The Hill reports.

Philadelphia’s health department said any details about its patient’s case will remain anonymous, the outlet said.

“The threat to Philadelphians from monkeypox is extremely low,” said Health Department Acute Communicable Disease Program Manager Dana Perella. “Monkeypox is much less contagious than COVID-19 and is containable particularly when prompt care is sought for symptoms.”

CNN said that the monkeypox outbreak continues to spread in countries where the virus isn’t normally found.

Now with more than 643 cases of monkeypox in dozens of countries where the virus is not common, “the sudden appearance of monkeypox in many countries at the same time suggests there may have been undetected transmission for some time,” World Health Organization (WHO) Director-General Tedros Adhanom Ghebreyesus said Wednesday, according to CNN.

The virus has been circulating for decades in some regions, including parts of West and Central Africa, CNN said.

Once fever has appeared, a rash erupts. The rash progresses until it forms a scab which falls off, and in some cases large sections of skin can drop off the body, reports said.

For Many Low-Income Families, Getting Formula Has Always Been a Strain