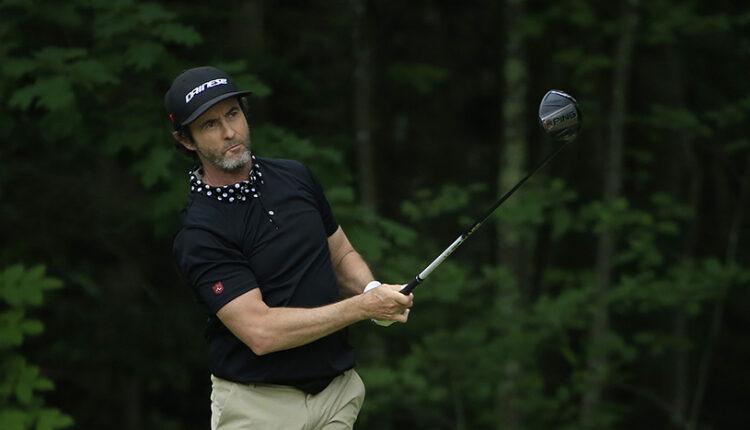 Hensby, 50, made two eagles and five birdies on Monday, against two bogeys. The Australia native is a PGA TOUR winner at the 2004 John Deere Classic, and he also holds three career Korn Ferry Tour titles. He has made two career PGA TOUR Champions starts; this will mark his first start of the 2022 campaign.

Gabriel Hjertstedt and Charlie Wi matched scores of 6-under 66 to also secure tee times this week in Irving, Texas, outside Dallas.

Hjertstedt, 50, won twice on the PGA TOUR, the 1997 BC Open and 1999 Chrysler Classic of Tucson. The Sweden native last made a TOUR-sanctioned start in 2009; this will mark his PGA TOUR Champions debut. The adopted Scottsdale, Arizona resident made seven birdies Monday against a single bogey.

Hjertstedt has transitioned into a golf instruction phase of his career, but his students will have to wait a week for their next lesson; they can instead follow Hjertstedt’s scores at the ClubCorp Classic.

Harry Rudolph III carded 5-under 67 to earn the final of four available spots, recording eight birdies against three bogeys. This will mark Rudolph’s first start of the 2022 season.

The La Jolla, California resident competed in last year’s US Senior Open (T34) and Senior Open Championship. Rudolph played the Korn Ferry Tour full-time in 1994 and 1997, and he has made three career PGA TOUR starts.

Rudolph has spent time managing his family’s coffee shop – Harry’s Coffee Shop in La Jolla – and he’ll aim to grind to a strong finish this week in Texas.

In all, 35 players competed for four spots in this week’s field.

For all scores from the ClubCorp Classic qualifier, click here.