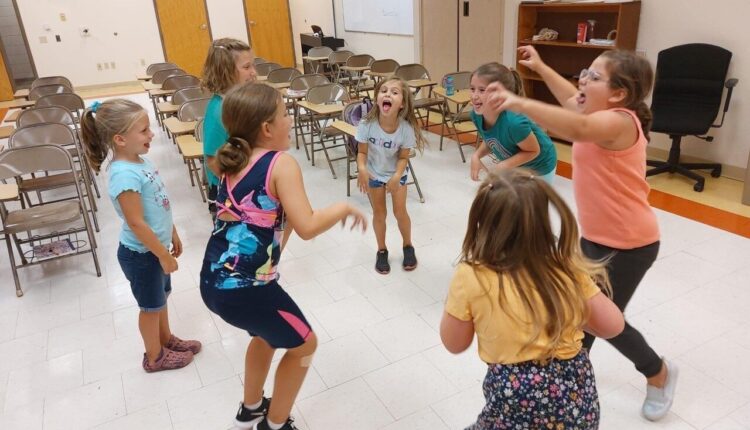 When Dr. Michele Pagen was a child in Dunbar, she would have loved to attend a performing arts school, but her parents could not afford the cost and the only such school in the area was in Pittsburgh.

She hoped to one day open a place a bit more affordable and logistically more accessible. Her efforts brought about the Mon Valley Performing Arts Academy, located in Steele Hall on the campus of PennWest California.

“I knew if I was able to come back to this area and if I had the opportunity, I would start a program like this,” said Pagen, the academy’s artistic director. “I wanted a place for students to come and study that would be very cost-efficient for parents.”

The academy offers performing art and technical theater classes to youth and adults at a very low cost.

“Students come to us and they can study acting, voice, dance, musical theater and technical theater,” Pagen said.

Scholarships are available to help parents who may have a financial need.

“As long as I can pay my instructors, that’s the max we pay,” Pagen said. “This is not a money-making venture.”

The academy offers two branches of study: the Summer Experience, with a program for those ages 4 to 7 and another for ages 8 to 17. There’s also an after-school program during the academic year, and Pagen said participants range from age 3 to adults.

“We grab students from all over,” Pagen said. “We get students all around the five-county area. Sometimes, we get students that I like to refer to as our study abroad (students).” Those would be youth from other parts of the state or other states who stay with area relatives so they can attend the Mon Valley Performing Arts Academy. 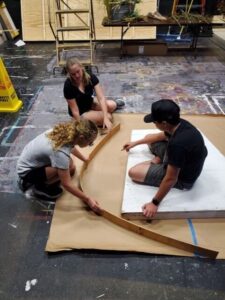 Pagen said there currently are 34 students ranging in age from 3 to 16 taking part in 16 classes.

“Students who are into theater are ostracized sometimes,” Pagen explained. “This is a place a lot of them come and feel like they belong.”

Pagen’s goal for the academy is expansion of services and to have a standalone location in California.

“I want to have a little bit of social services and arts education for local families,” she said.

Pagen said dance shoes and dance clothing for youngsters are always needed since they grow out of the clothes so quickly, as well as finances to purchase more books and musical scores. Anyone who would like to donate or perhaps attend as a student can contact the academy by visiting its website mvpaa.com or on its Facebook page.

“We have a closet where it’s a give and take,” she explained. “If you give us a pair of shoes you’ve grown out of and we have a pair you can fit into, you may use those shoes, so you don’t have to buy another pair of shoes.”

Paul Paterra is a reporter for the Herald-Standard of Uniontown, Pa. Helping the Helpers is a joint effort of the Uniontown Herald-Standard and the . Readers may email him at  [email protected].