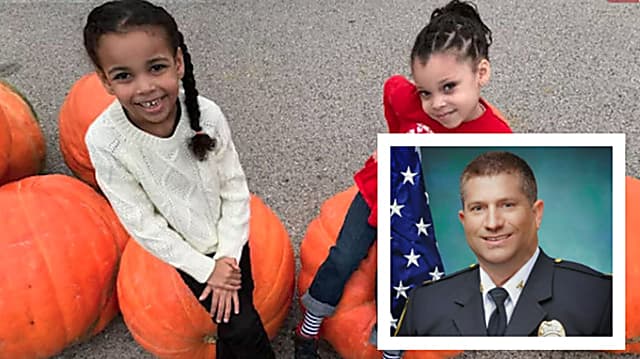 The Pennsylvania mom of two young girls who were kidnapped and killed by their dad in Maryland late last year has withdrawn her private criminal complaint against a regional police chief, PennLive reports.

Vicosa’s attorney said she withdrew her complaint due to a “recognition of the high threshold for proving a criminal action,” according to PennLive.

Instead, the attorney said Vicosa plans to “pursue to the fullest extent of Marisa and her childrens’ civil rights all civil claims that they have against the chief and the police department for its mishandling of the case, and his and their role in the tragic deaths of her children.”

The outlet points out that Pennsylvania Attorney General Josh Shapiro’s investigators have “major concerns with certain lapses and decisions leading up to this tragic situation.”

Marisa Ayala Vicosa originally asked the police for help after she was held captive, drugged, and raped by her estranged husband, a former Baltimore County police officer, Robert Vicosa.

While Vicosa was able to free herself, Robert Vicosa and fellow former Baltimore County police officer Tia Bynum stole a vehicle and kidnapped Vicosa’s daughters, Giana, 7, and Aaminah, 6. All of whom were found shot dead inside a Different stolen vehicle that crashed just over the Pennsylvania border with Maryland on Nov. 18.

Vicosa was granted an emergency Protection From Abuse order by a judge shortly after she was freed, according to WGAL.

The PFA could have stopped Vicosa from taking the girls, but it along with the search warrant was delayed until Monday afternoon, according to Fox43. Vicosa first filed the complaint against York County Regional Police Chief Tim Damon on Nov. 15, according to WGAL and other numerous news outlets.