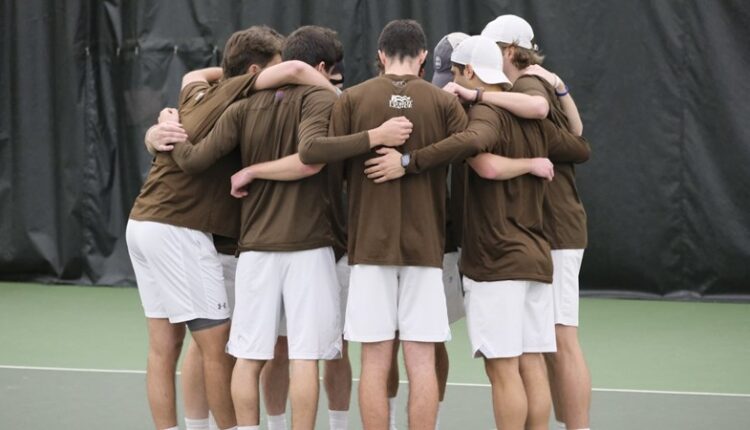 VILLANOVA, Pa. – The Lehigh men’s tennis team kicked off the fall season at the three-day Villanova Invitational this weekend. Despite the rain cutting the final day of competition short, the Mountain Hawks concluded the weekend with positive takeaways.

“The guys really competed hard this past weekend against some quality competition,” said Howard Talmud ’77 head coach Craig Schwartz. “It was great to see them think about their tactics and shot selection while playing different competition. This weekend really helped me see what we need to work on over the next two weeks and properly prepare for the next tournament at Saint Joseph’s.”

Seniors Matt Kleiman and Jeremy Learner were one of the three Lehigh duos to represent the Mountain Hawks in the Blue Draw. Kleiman and Learner defeated opponents from Saint Joseph’s and Villanova and were set to compete in the championship on Sunday afternoon.

Joining the senior duo was sophomore Marc Blekhman and first-year Jackson Morash. The Lehigh duo defeated Bucknell and Villanova before falling to another Bucknell duo in the semifinals. Blekhman and Morash were set to compete against Villanova for third-place.

Junior Jordan Paul and first-year Aristotelis Benzianis were the third Mountain Hawks duo to compete in the Blue Draw. Paul and Benzianis defeated Colgate in the consolation round and were scheduled to play against Saint Joseph’s for ninth-place.

On top of the three pairs of Mountain Hawks in the Blue Draw, Lehigh had two more pairs competing in the White Draw.

Senior Michael Bukhalo paired up with first-year Wyeth Anzilotti in his first weekend of collegiate tennis. The duo defeated opponents from Colgate, Lafayette and Villanova and were set to compete against a second Colgate duo in the White Draw championship on Sunday.

Seniors Steven Nazaroff and David Missry paired up with sophomore Luke Donovan to complete the final Lehigh group to compete this weekend. Nazaroff and Missry picked up a win against Saint Joseph’s in the first round. In the semifinals, Nazaroff and Donovan competed against Colgate but were unable to come out on top.

Results from this weekend’s invitational can be found below.

Lehigh will take a week off before hitting the road for a second fall invitational. The Mountain Hawks will head down to Philadelphia for the Saint Joseph’s Invitational on Sept. 23-25.

Stop using ‘Latinx’ if you really want to be inclusive | Opinion