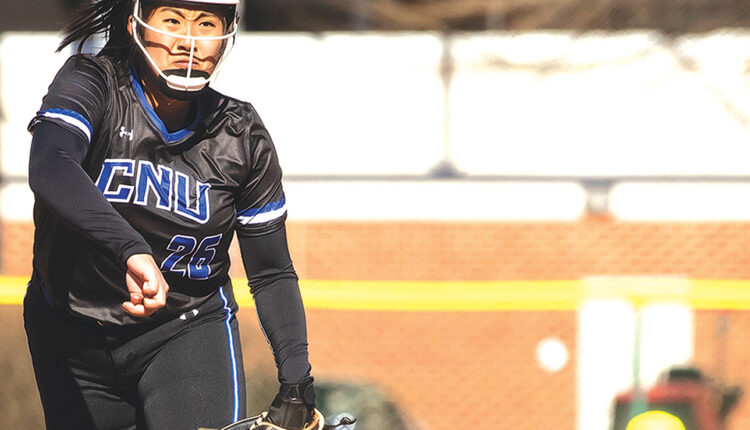 Many local players pitching in college

A number of graduates from high schools in the Sun Gazette coverage areas are pitching for various women’s college softball teams on different levels this spring. Following are their updates through mid-April action.

KATHRYN SANDERCOCK: McLean resident and Bishop O’Connell High School graduate Kathryn Sandercock is the ace pitcher for the women’s softball team at Florida State University. The senior right-hander had appeared in 31 games, with a 22-1 record and two saves. Sandercock had a 1.39 earned run average. In 1402/3 innings she had 116 strikeouts. She had started 18 games with seven complete contests.

Kim had a 4-0 record with a 3.00 earned run average. She had appeared in seven games with five starts and three complete games. In 24 innings, Kim had 11 strikeouts.

Echazarreta was on two straight state championship teams during her career for Madison.

AMANDA MOORE: McLean High School graduate Amanda Moore is a sophomore pitcher for the women’s softball team at the Coast Guard Academy. The right-hander had an 8-3 record with a 3.20 earned run average in 70 innings. She had started 10 games, with nine of those complete outings. Moore had 55 strikeouts.

JULIA LONGO: McLean High School graduate Julia Longo is a senior pitcher for the women’s softball team at the University of Pennsylvania.

Longo had four victories and one save and five complete games. In 81 innings she had 49 strikeouts. Longo had 14 career wins so far.

The junior right-hander had appeared in 11 games with six starts. In 292/3 innings Anderson had 17 strikeouts.

The right-hander had thrown 302/3 innings, had a 1-0 record and 13 strikeouts in 14 appearances with four starts.

LIZ PRESS: Madison High School graduate Liz Press was a member of the Division III University of Chicago last season when she compiled a 4-4 record with two saves in 472/3 innings, with 52 strikeouts and four complete games.