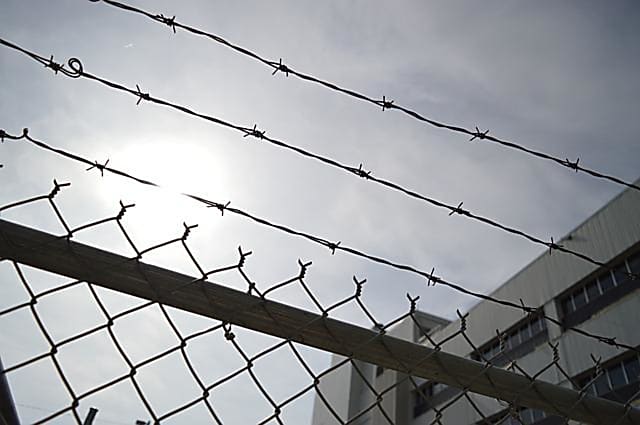 Man Who Traveled From MD To PA To Meet Teen Victim For Sex Acts Sentenced: Feds

A 40-year-old Maryland man will spend more than a decade in prison after engaging in sexually explicit conversations with multiple minors and traveling to a hotel to engage in sexual acts in Pennsylvania, federal officials announced.

Aberdeen resident Anthony Gonzalez was sentenced to 13 years in prison, followed by a lifetime of supervised release for coercing and enticing minors, US Attorney Erek Barron announced in Maryland.

In addition to that sentence, Gonzalez will also be required to register as a sex offender under the Sex Offender Registration and Notification Act upon his release from federal prison.

Between 2017 and 2019, Gonzalez admitted to coercing three underage girls to engage in sexual activity, through a social media application.

In one specific instance, prosecutors said that one victim’s profile stated that she was 18 years old, but advised Gonzalez that she was actually 16. Despite knowing her legal age, Gonzalez continued to refer to the teen as his girlfriend, discussed getting married to her , and initiated sexual conversations.

Prosecutors said that Gonzalez also convicted the teen to sneak out of a hotel room she was sharing with her father to meet him, including a trip from his Bel Air home to meet the minor at a hotel in Harrisburg, Pennsylvania.

As part of the guilty plea, Gonzalez admitted to engaging in sexually explicit activity with the teen twice, one of which he recorded on his cellphone.

A second 13-year-old victim was also coerced into a romantic relationship online with Gonzalez, prosecutors said. During their conversations, Gonzalez frequently held sexual conversations with the teen, convinced her to send sexual images, and discussed meeting in person.

When the teen declined and blocked Gonzalez multiple times, a mutual friend encouraged her to communicate with him.

Gonzalez met his third victim in 2018 when she was 15 years old, prosecutors said. Gonzalez told the teen that they were “boyfriend and girlfriend” and convinced her to send him sexually explicit images at his request.

Officials said that the minor “genuinely believed that she had to do what Gonzalez requested because she was his girlfriend,’ sending him more than 500 explicit images during the pair’s “relationship.”

During the investigation into Gonzalez’s actions, a federal search warrant was executed at his Maryland home in January 2019, which led to the seizure of several devices including two tablets, three cell phones, and a SIM card.

Gonzalez later admitted to engaging in sexual acts with his first victim and recording it on the Internet. He also admitted to investigators that he knew the second victim was a minor during their conversations and had approximately four sexually explicit images of her.

Removing homosexuality from Pa. crimes code is a start, advocates say. But more needs to be done