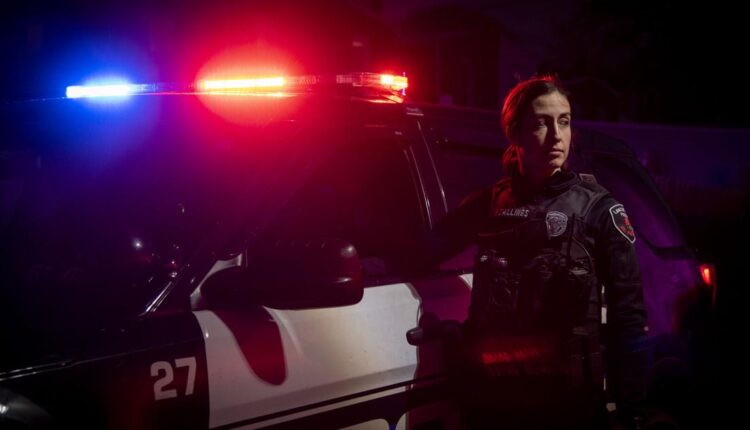 Women comprise about 8 percent of the Lancaster City Bureau of Police.

By 2030, the department hopes to more than triple that number.

In August, the department enrolled in the 30×30 initiative to improve the representation and experiences of women within its ranks. Through the initiative, the department aims to have recruitment classes consisting of 30 percent women by 2030.

“The Lancaster City Bureau of Police, under the leadership of Chief (Richard) Mendez, is actively working to improve representation and the experiences of women officers in our Bureau,” said Officer Ziyi Skatz, the project lead for Lancaster’s 30×30 initiative. “We are honored to make this critical pledge and look forward to working with and learning from agencies across the country who share our commitment.”

Officer Traci Kromko of the Millersville University Police Department sees the initiative as a catalyst for change in the way departments increase their ranks.

“I think the initiative is opening a door for a conversation to have departments re-evaluate how they’re going about recruiting and retaining officers,” Kromko said.

Recruitment is something the Lancaster City Bureau of Police started to overhaul before signing up for the 30×30 Initiative. Department spokesman Sgt. Glenn Stoltzfus said the department is moving away from an “antiquated” recruiting model, which consisted of two senior officers and a printed presentation.

Now, the department’s recruitment presentation is digital and involves 20 officers of varying experience and diversity. Of the new recruitment team, Stoltzfus said 25 percent are women.

– Are named in fewer complaints and lawsuits

– Are perceived by communities as being more honest and compassionate

‘This is not a man’s job anymore’

Having diversity in a police department, and the visibility of it to the public, Sgt. Julie Brennan of the Millersville University Police Department saw something as crucial in getting more women into police forces.

“It starts as simple as visibility,” she said. “If you can see her, you can be her.”

Brennan remembers being the only woman in her police academy class in 1999. Her other 44 classmates were mostly white men.

“It was a lonely experience, but not unexpected,” said Brennan.

Caitlyn Stallings, an officer with the Lancaster City Bureau of Police, believes women in the police force aren’t seen in the same light as male officers.

“I think there are some people that don’t respect female officers the way that they respect male officers,” said Stallings. “I have experienced that a few times.”

Despite the hardships and perceptions, West Hempfield Township Police Chief Lisa Layden stressed that more women in police departments will ideally inspire others to consider the career path. Layden became the township’s chief of police in 2019, the first ever for the township and the only woman police chief in the county at the time. Jennifer Brubaker became the county’s second woman police chief in 2022 when she was named East Hempfield Township’s new police chief.

Officers Mary Reynolds and Allison Learn also stressed that female officers can help bring a certain level of comfort when responding to situations.

“There have been a few instances where you go to a call and the female reporting party feels more comfortable with a female,” said Reynolds.

Learn recalls talking to a woman after responding to a call, and the woman asked a male officer who was there for privacy, since the situation involved another man. Learn stressed that it didn’t mean that her male counterpart did anything wrong, but that it was easier for the woman to speak to another woman.

Another aspect of the 30×30 Initiative dictates is that departments signing on must have a designated space for nursing mothers. That, along with the changing landscape of the profession, were things Stallings said enable women to balance their career with starting a family.

Before she took leave to have her child about a year ago, Stallings was patrolling less and on “light duty,” which consisted of taking reports on the phone and in the lobby. She didn’t feel diminished, and appreciated the agency looking out for the safety of both her and her child.

“I felt very supported,” said Stallings. “I didn’t feel like anybody treated me differently because I was temporarily in that position.”

Looking back at the feeling of loneliness she experienced in the academy, Brennan sees the initiative as a new era for law enforcement.

“I think it’s amazing that we have an initiative here that is actually about telling women that this is not a man’s job anymore, this is your job,” she said.

Success! An email has been sent with a link to confirm list signup.

Error! There was an error processing your request.