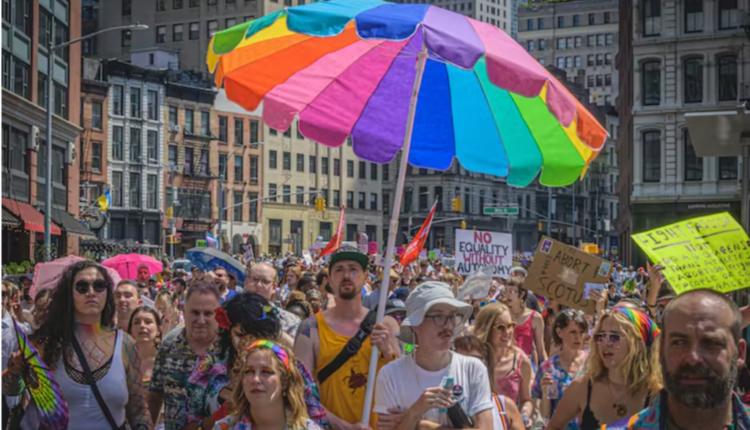 In our recent analysis of the National Crime Victimization Survey, we found that the odds of being a violent hate crime victim for LGBTQ people was nine times greater than it was for cisgender and straight people from 2017 to 2019.

There were an average annual 6.6 violent hate crime victimizations per 1,000 LGBTQ people during this three year period.

In contrast, there were 0.6 violent hate crime victimizations per 1,000 cisgender and straight people.

A hate crime is an attack or threat of an attack that’s motivated by the victim’s perceived race, ethnicity, sexuality, gender or religion. Or it could include someone’s association with any of the previous categories, such as an anti-Muslim hate crime committed against someone who is Sikh.

The National Crime Victimization Survey is a nationally representative survey that asks over 200,000 people about non-fatal crimes that happened to them in the past year.

Since 1999, it has asked victims if they suspected their victimization was motivated by certain biases, and if so, the reason for the bias. We use the National Crime Victimization Survey classification of hate crimes, which is consistent with the Bureau of Justice Statistics classification: victimizations that involve hate language, hate symbols, or were confirmed by police to be a hate crime.

Since 2017, the National Crime Victimization Survey has been documenting sexual orientation and gender identity of respondents. This has allowed us to estimate the rate of hate crimes against LGBTQ people for the first time.

Prior research has suggested that LGBTQ victims of hate crime frequently did not know the offender. In our analyses, 49% of violent hate crimes with LGBTQ victims involved an attacker who was a close friend, family member, partner or former partner.

Hate crimes do not just affect an individual – whole communities can be affected by hate. In what’s known as “collective trauma,” LGBTQ people often internalize the violence inflicted on other members of the community.

LGTBQ people are still recovering from the November 2022 mass shooting at Club Q, an LGBTQ bar in Colorado Springs. The accused shooter has been charged with 48 counts of hate-motivated violence.

Our findings allow us to more fully characterize the stories of LGBT victims – and the heightened danger they face across the country.

Andrew Ryan Flores is a Visiting Scholar at the Williams Institute and an assistant professor of government at American University. Ilan Meyer is a Distinguished Senior Scholar of Public Policy at the University of California/ Los Angeles, and Rebecca Stotzer is a professor of social work at the University of Hawaii. They wrote this piece for The Conversation, where it first appeared. Lynn Langton also contributed to this article.

Shapiro’s top aides have close ties to the governor-elect

What we were able to accomplish in 2022 – The Morning Call