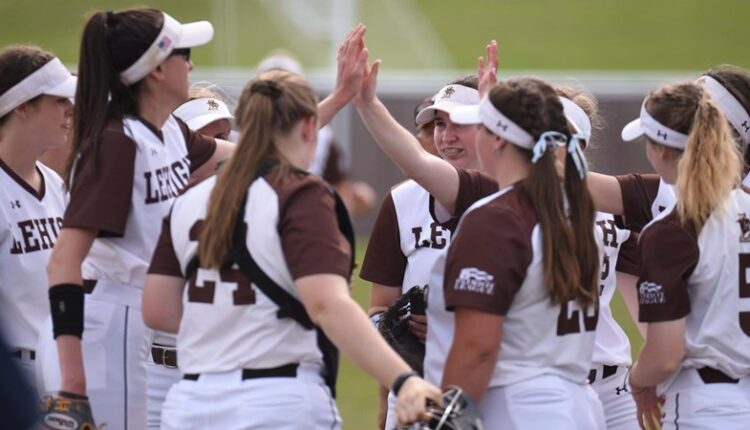 The weekend will feature a doubleheader on Saturday and a single game on Sunday with action both days starting at noon. Sunday’s series finale will be broadcast on ESPN+ and is Senior Day where Lehigh will honor its graduating class prior to the game.

Lehigh holds a 22-15-1 record for the season and an 11-1 record in Patriot League play. The Mountain Hawks most recently were edged by Saint Joseph’s 4-3 in the final non-league game of the regular season. Senior Karsen O’Rourke led Lehigh on offense going 2-for-4 with two runs driven in. Sophomore Katelyn Young started in the circle for the Mountain Hawks and threw four scoreless innings, allowing just four hits with four strikeouts.

In its last league action, Lehigh swept three games at Bucknell last weekend, with Young winning all three games in the circle, including shutouts in the final two games of the series.

Seniors Carley Barjaktarovich and Addie Kittel led Lehigh at the plate in the Bucknell series with seven hits across the three games. Barjaktarovich scored four runs and stole three bases, while Kittel had a team-best five RBIs against the Bison.

O’Rourke, Barjaktarovich and Kittel are three of the six seniors who will be honored on Sunday, along with Jaelynn Chesson, Melissa Fedorka and Gabriella Nori.

Lehigh currently sits in second place in the Patriot League standings, three games ahead of third place Army West Point. The Mountain Hawks trail first place Boston University by one game and will face the Terriers in Boston next weekend for the final regular season series.

Colgate stands at 17-22 overall and 7-5 in Patriot League play this season. The Raiders head into the weekend on a five-game losing streak, having dropped three games against Boston University last weekend and suffering a doubleheader sweep at the hands of Cornell on Tuesday. Colgate’s offense is led by first-year Jillian Herbst who holds a .391 batting average with a team-high 50 hits and 28 runs batted in. Junior Steph Jacoby has contributed 25 RBIs and a team-high five home runs. Junior Bailey Misken (8-13) leads the Raider’s pitching staff with a 2.98 ERA and 107 strikeouts in 122 innings pitched. Colgate is fourth in the league standings, while fifth place Holy Cross is still mathematically in the hunt at 5-10.

Lehigh leads the all-time series 86-30. The Mountain Hawks and Raiders split six games last season, with Colgate winning three out of four in Hamilton, NY and then Lehigh winning twice in the Patriot League Tournament.

After the series against Colgate, Lehigh will travel to Boston to play Boston University for the final three regular season games, May 7-8. The Patriot League Tournament runs May 12-14 on the home field of the highest seed.