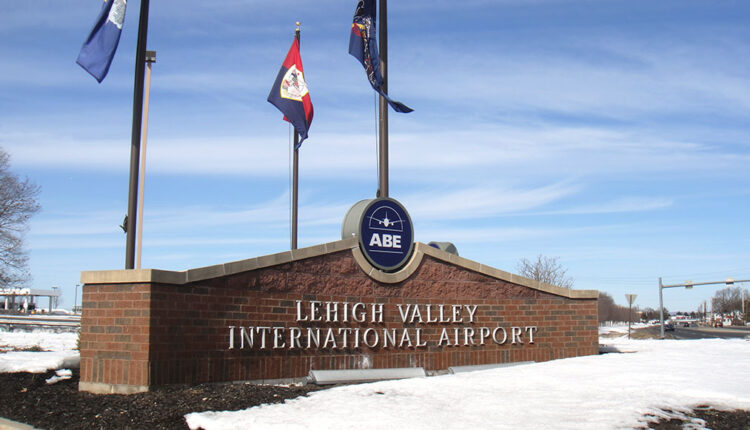 Prior to the pandemic, the Lehigh Valley International Airport (ABE) was on track to reach almost one million passengers for the first time since the 2000s.

Now, the Allentown-based airport is adding a $29 million terminal connection and security checkpoint extension, allowing for an influx of air travel to and from the area.

While the project is still in the early stages, it is set to finish in 2023.

This renovation has been discussed for quite some time, because the existing TSA checkpoint, built in 1974, only has two security lanes. However, in 2017, TSA required them to have three security lanes due to a passenger traffic volume increase. The added sections are critical pieces of infrastructure for the airport to address capacity limitations as the region grows in popularity.

According to Colin Riccobon, the director of public and government relations for the Lehigh-Northampton Airport Authority (LNAA), there will be improved vertical circulation throughout the terminal for arriving and departing passengers with the elimination of two-way traffic flow through the checkpoint.

Usually, the busiest times at the airport are in the morning between 5:30 am and 8 am, and the new project will allow ABE to be more efficient during these hours, Riccobon said.

“We’re elevating the customer experience on a multitude of levels,” Riccobon said. “It’s going to be easier to navigate through the terminal complex for passengers which is always a positive. This brings the airport into a stage with the comfort and convenience that people expect when they travel through ABE.”

Riccobon said the airport authority is assuming roughly half of the project’s cost, and they have also received financial support from the federal and state leaders.

Arora Engineers, Inc. is leading this effort with Tom Cook who is their project construction manager. Cook’s role is to ensure the project is delivered on time and within budget and manage all required inspections.

He said that in his 14 years of experience at Arora, this is one of the biggest projects he has undertaken.

“The airport has done a tremendous job, and I have to give the contractors a lot of credit, as we’ve worked to bring the project together so we can deliver exactly what we agreed to almost two years ago and make it an exciting opening for the airport,” Cook said.

Despite facing pandemic-related challenges such as decreased travel habits, Riccobon said the project did not slow down.

“We really kept our foot on the gas and went full throttle to keep this project moving in design and other aspects to make sure we are able to begin construction on this necessary infrastructure improvement,” Riccobon said.

Regardless, Riccobon said last summer they had their highest July travel month on record at ABE, so the airport is optimistic growth will continue.

Lucas Skeans, ’25, said while traveling through ABE for spring break the changes were already apparent.

“They are adding a whole new terminal because the area is getting so big,” Skeans said. “I’m sure this will positively impact student travel experience in the years to come.”

Riccobon said it will indefinitely alter Lehigh Valley travel. To him, it means more than transportation though, due to the role of aviation and airports play in local, national and global economics.

“Kowing all the challenges throughout the pandemic, it really was a monumental, amazing effort when that first piece of steel went up,” Riccobon said. “It was one of those sights that you see that really brings a smile to your face.”

CHIPS Act moves the needle on US chip manufacturing