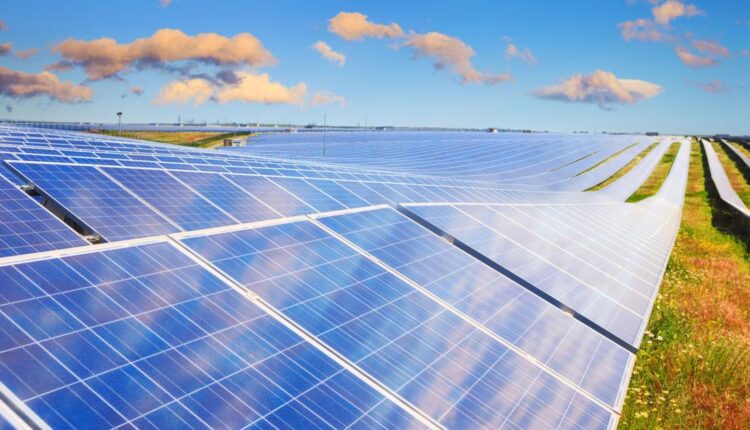 The project will be built on Goodman Drive, just south of the university’s baseball field on the same country used for the cross-country course.

According to Erin Kintzer, director of real estate for the school, the solar farm will offset 90% of electricity use for the Murray H. Goodman Campus and will also be used for teaching and research.

“In addition to energy,” she said, “this project serves the university’s educational mission.”

The solar farm will contain 7,400 panels, which will pivot on a single axis to face the sun as it moves overhead. The area surrounding the panels will be planted as a restored meadow with a mix of wildflowers.

Members of the Saucon Fields Condo Association, who live on Stone Stack Drive, immediately to the west of the field, came to the meeting to voice concerns that the project would ruin their view and lower their property values.

Dolores Luputka said she bought her condo just four years ago for $500,000, but if she were to sell today, “I’m not sure I’d get that for it now, with the solar field being built.”

Other members of the condo association expressed concerns that the plans did not do enough to screen the planned solar farm from view, and that glare from the solar panels might reflect into their homes. They also complained of a lack of communication between the university and residents.

Kate Durso, attorney for the project, said the university had already held multiple meetings with residents, and had made alterations to its plans to help accommodate their wishes.

She agreed, however, that the university could extend a planned berm and plant additional trees to provide more screening between the condos and the solar farm.

“While it’s not 100% what the neighbors wanted to have, it’s an improvement,” she said. “We need to move the project forward and get construction started.”

Pa.’s 2022 primary is a race for the base of the base. Why that’s a problem | Friday Morning Coffee