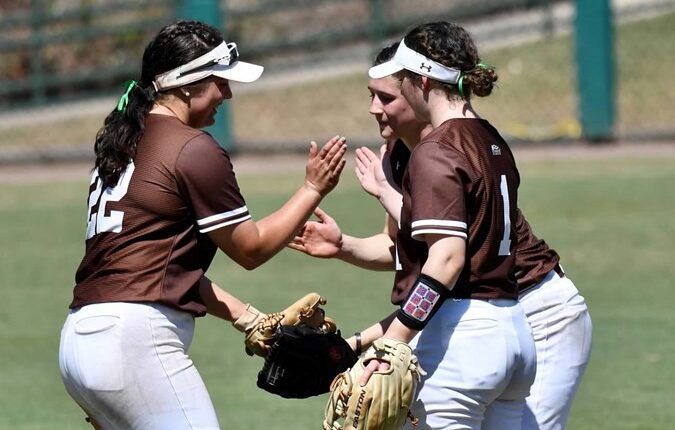 BETHLEHEM, Pa. – The Lehigh softball team will travel to Philadelphia to face Penn in a doubleheader on Wednesday. After the last two games of its league-opening series at Army
were postponed, the Mountain Hawks will be riding some momentum going into the midweek matchup with a three-game win streak.

Lehigh stands at 8-11 for the season with a 1-0 record in Patriot League play. The Mountain Hawks beat Army 6-1 in game one and led 4-3 in the fourth inning of the second game before play was suspended due to weather. Senior Jaelynn Chesson led Lehigh’s offense with two hits, two RBIs and a home run. She is at five home runs for the season, putting her at 25 for her career total, which is tied for second all-time. Senior Gabriella Nori pitched a complete game against the Black Knights, allowing just one run on six hits with 10 strikeouts and no walks.

Penn holds a 7-16 season record and most recently went 2-1 against Brown University. The Quaker’s offense is led by junior Sarah Schneider who has averaged .333 in the batter’s box with 22 hits, 13 RBIs and six home runs. Sophomore Dana Anderson contributed 23 hits, 13 RBIs and four home runs while maintaining a .338 batting average for the Quakers. Penn’s pitching staff features four pitchers who have thrown double-digit innings with first-year Payton Bean being the most productive, posting a 3-7 record and 5.21 ERA. Bella Fiorentino was named Ivy League Pitcher of the Week after throwing a two-hit shutout in the series finale against the Bears.

Lehigh leads the all-time series 41-23-2. The Quakers won the most recent meeting in 2018, while the Mountain Hawks swept a doubleheader at Penn Park in 2016.

First pitch for game one on Wednesday is set for 3 pm from Penn Park in Philadelphia. The twin bill will be broadcast on ESPN+.

The Mountain Hawks will open their home schedule this weekend when they host Lafayette for three games in the Rivalry, presented by Lehigh Valley Orthopedic Institute. Saturday will feature a double header beginning at noon and a single game Sunday, also starting at noon. All three games will be broadcast on ESPN+.

At a Tennessee Crossroads, Two Pharmacies, a Monkey, and Millions of Pills