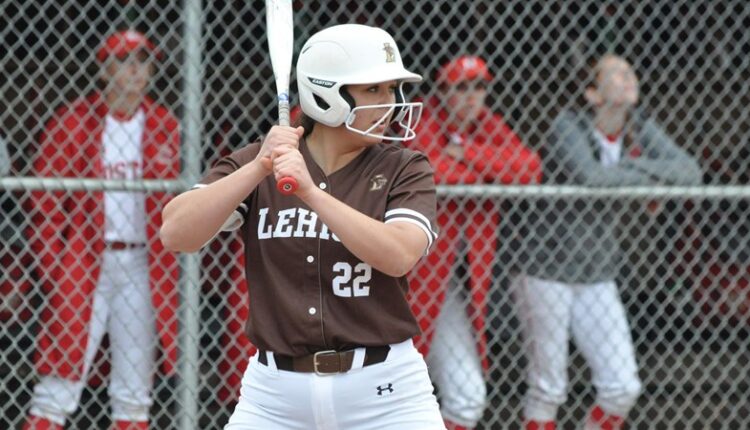 BOSTON – Senior Jaelynn Chesson went 2-for-3 with a career high-tying five RBIs as the Lehigh softball team closed out the regular season with a 5-2 win at Boston University Sunday at BU Softball Field. With the win, Lehigh’s second straight over a BU team that had previously won 27 straight games, the Mountain Hawks secured a victory in all six of their Patriot League series.

Boston University grabbed a 1-0 lead three batters into the home first inning on a Kayla Roncin RBI single, but sophomore Katelyn Young kept the Terriers off the board until the seventh. Young allowed two runs on seven hits in a complete game effort with three walks and two strikeouts. She finishes the regular season at 15-6.

The Mountain Hawks stranded the bases loaded in the second inning but came back with two runs in the fifth to take a 2-1 lead. Junior Josie Charles and senior Carley Barjaktarovich started the inning with back-to-back singles and two batters after Barjaktarovich, Chesson laced a two-run single to right center to put Lehigh in front.

The same three Lehigh players had a hand in Lehigh extending its lead in the seventh. Charles drew a leadoff walk and Barjaktarovich followed with an infield hit. Again, Chesson came up with two on and one out and she drilled a three-run home run out to left to put Lehigh up 5-1. The home run was Chesson’s 12th of the season.

Chesson extends the Lehigh lead with a 3-run homer! Her 12th of the season.

Roncin’s second RBI hit of the day brought BU within 5-2 in the seventh but Young got Emily Gant to line out to Chesson in right center to end the game.

The Mountain Hawks out-hit the Terriers 8-7, with Barjaktarovich, Chesson and Charles all contributing two hits apiece.

Lehigh will be back in Boston for the Patriot League Tournament, beginning Thursday at BU Softball Field. The Mountain Hawks are the No. 2 seed and will face no. 3 Army West Point in game two at approximately 2:30 pm Top seed Boston University will open the tournament against No. 4 Colgate at noon. The entire tournament will be broadcast on ESPN+.