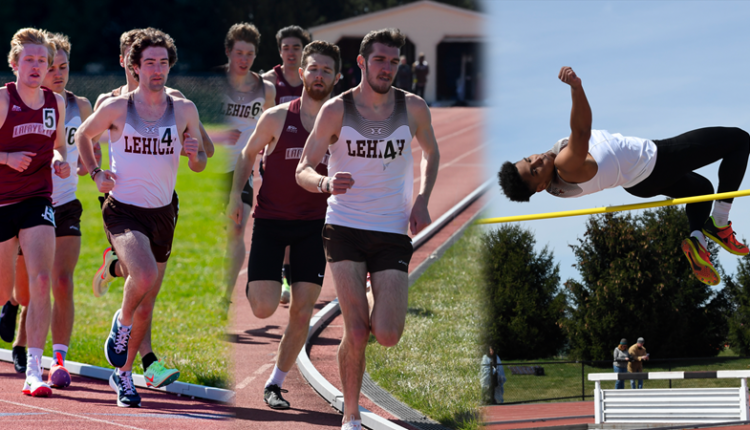 BETHLEHEM, Pa. – The Lehigh men’s track and field team will compete in the final two meets of the regular season before heading to Annapolis, Md. for the outdoor Patriot League Championships on May 6-7. While some members of the men’s track and field team will head to Philadelphia to compete at the Penn Relays, others will remain in Bethlehem for the Carol and John Covert Classic at Goodman Track and Field Complex.

The Mountain Hawks had a solid weekend at the Virginia Challenge and Coach P Invitational where they finished with 21 personal records and two all-time additions.

Leading the way for Lehigh was senior Kyle Burke who broke his own school record in the 800m at the Virginia Challenge. Burke won the race with a time of 1:48.45 and was named Patriot League Men’s Track Athlete of the Week for the second consecutive week.

Sophomore Daniel Stipanov won Lehigh’s third track event of the day, finishing the 110m hurdles with a time of 15.31.

Lehigh’s jumpers found success on Saturday with three first-years earning second-place finishes. Mulenga Malama finished second in both the long jump (6.32m) and triple jump (12.90m). In the high jump, Skyler Mott came in second with a mark of 1.90m while Jack Murphy tied for second in the pole vault, finishing with a PR of 4.05m.