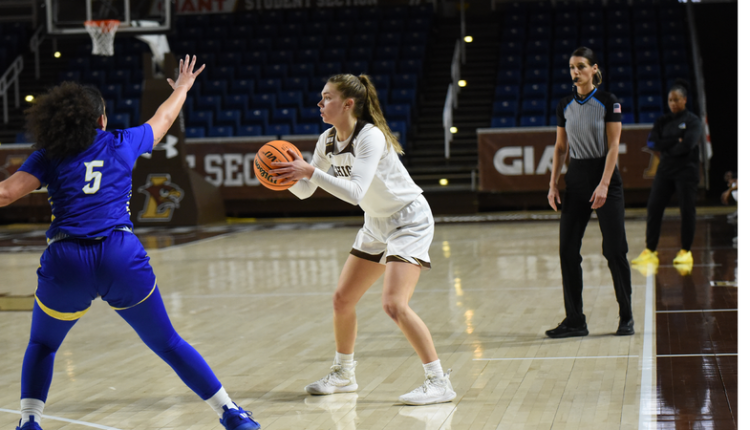 BETHLEHEM, Pa. – After picking up a win against Yale in the final non-league game of the regular season, the Lehigh women’s basketball team will hope to carry that momentum forward when the Mountain Hawks open up the Patriot League season against Army West Point on Friday at home at 2 p.m

The only common opponent the two schools faced during the non-conference slate was Yale. The Black Knights were defeated 71-66 on their home court, while the Mountain Hawks came out on top on Dec. 21

Before falling to the Black Knights on Jan. 26, the Mountain Hawks had won the previous five meetings.

Frannie Hottinger continues to lead things in scoring and in rebounding. The senior wing is coming off of their third Patriot League Player of the Week honor. She put up 21 points, nine rebounds, one assist and a steal in the 70-63 win at Yale.

Lehigh is leading the league in scoring and assists. The Mountain Hawks are recording 73. 4 points per game and 16.73 assists per game.

Mackenzie Kramer is the only other Lehigh player to be putting up double figures. The junior is averaging 17.5 points per game.

Junior Jamie Behar had a season-high performance against Yale last Wednesday, finishing with 14 points, and connecting on four made three-pointers.

Senior Anna Harvey leads the league in assists so far. The Minnesota native is averaging 4.4 assists per game.

After the opening league game against Army, Lehigh will head to Colgate for his first Patriot League away game of the season on Jan 2. The game will now begin at 4 pm instead of the originally scheduled 6 pm start.

Tickets to Friday’s league-opener can be purchased at LehighTickets.com or at Stabler Arena Friday afternoon prior to tip-off.