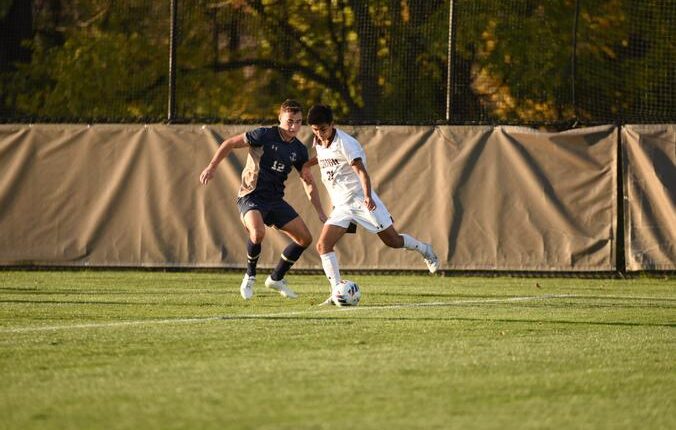 BETHLEHEM, Pa. – The Lehigh men’s soccer team will head to Boston University for a 6 pm battle in its final road game of the regular season.

With just two regular season league games left for Lehigh, each matchup is important as ever if the Mountain Hawks want to punch their ticket to the Patriot League Tournament.

While Lehigh sits in eighth place in the Patriot League with eight points, there’s not a wide margin between the teams ahead of them. The Mountain Hawks are only four points behind the Terriers, who sit in second place and only one behind Lafayette and Loyola, who are tied for the sixth and final tournament berth.

Lehigh leads the all-time series 5-4. The two teams last met on Senior Night last year at the Ulrich Sports Complex, where the Mountain Hawks defeated the Terriers 5-3. Lehigh’s five goals in that game were the most scored in a game since the 2009 season.

Following Saturday’s game, Lehigh will close out the regular season Wednesday night when the Mountain Hawks host Colgate at 6 pm