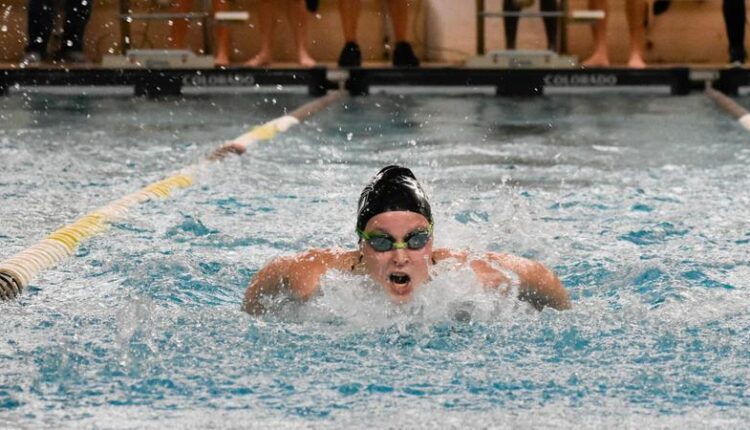 Willa Werwaiss was the only other Lehigh women’s swimmer to come away with a first-place finish Saturday. Werwaiss won the 200-yard backstroke with a time of 2:08. 29

Manthrop also came away with a third-place finish in the 200-yard freestyle with a time of 1:56.28.

First-year Mairin Ludwig, Sarah Hardy and Caitlin Hoffman were a 2-3-4 punch in the 400-yard IM.

Ludwig also finished in second in the 500-yard freestyle 5:12.74, which was then followed by a third-place finish from Dagny Donaldson, a fourth-place finish from Maggie Mikalic and to cap that event, Natalie Martin came in fifth for the Mountain Hawks.

The Mountain Hawks will travel to Rider on Oct. 22 at 1 pm, which is their last meet until they face Lafayette on Nov. 18.