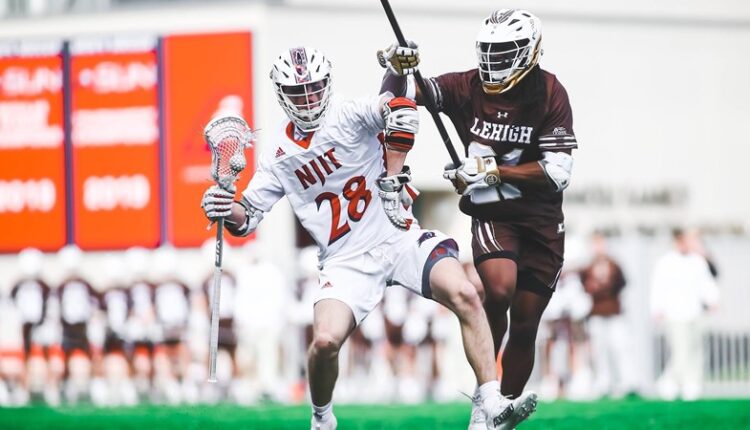 Lehigh Set for Home Opener vs. No. 14 Cornell Saturday

BETHLEHEM, Pa. – The Lehigh men’s lacrosse team will be home for the first time this season on Saturday as the Mountain Hawks welcome No. 14 Cornell for a 1pm opening faceoff on ESPN+. Saturday will mark the fifth time in the last seven seasons Lehigh and Cornell will square off and first since 2019. Both teams have high expectations in 2022, both entering the season in every major poll’s preseason top 20.

In the current Inside Lacrosse Media Poll and USILA Coaches Poll, the Mountain Hawks are unranked after last Saturday’s 14-13 loss at Hobart, while Cornell stands at No. 14 and 12. However, in the USA Lacrosse Magazine Poll, Lehigh actually comes in at No. 19 with the Big Red at No. 20

For the second straight week, Lehigh will face an opponent that it first faced over 100 years ago. Lehigh and Hobart first played in 1900. Meanwhile, Lehigh and Cornell first played in 1893, while the two schools actually shared National Championships in 1914 and 1916.

Last week at Hobart, neither team led by multiple goals until late in the third quarter. The Mountain Hawks had a run of two straight goals and three-of-four in the third to take a 9-8 lead, but a 6-1 Statesmen run put them ahead, 14-10. Lehigh came back with three goals in the final 4:33 of the fourth, and nearly had the equalizer in the final seconds, but Hobart goaltender Kevin Holtby came up with a point-blank save.

Senior faceoff specialist Mike Sisselberger struggled by his lofty standards, finishing 14-of-28 in the circle. He enters Saturday with 198 career groundballs, while Teddy Leggett needs one caused turnover to move into a tie for fifth in program history in that category for a career. Graduate student James Spence made nine saves. The game was played indoors.

Playing its first game since 2020 (when the pandemic shut down the season), Cornell picked up an impressive 16-8 win over UAlbany last week. CJ Kirst, brother of Lehigh senior Cole, led the offense with four goals and three assists in his first-career game. Aiden Blake chipped in with four goals and an assist. Chayse Ierlan, brother of former all-time great faceoff specialist TD (who previously had the faceoff percentage record in a season before Sisselberger broke it last season), made nine saves. Fifth year John Piatelli was named to the 2022 Tewaaraton Award Watch List, and was an honorable mention Inside Lacrosse Preseason All-American. He led Cornell in goals in each of the last two seasons the program competed. The Big Red were 5-0 in 2020 when the COVID-19 pandemic shut the season down. The Ivy League did not compete in 2021.

After Saturday’s game, the Mountain Hawks remain home next Saturday (Mar. 5) for their home opener, hosting Navy at 3 pm on ESPN+.

Cause Of Death Revealed For Maryland ’16 & Pregnant’ Star Jordan Cashmyer