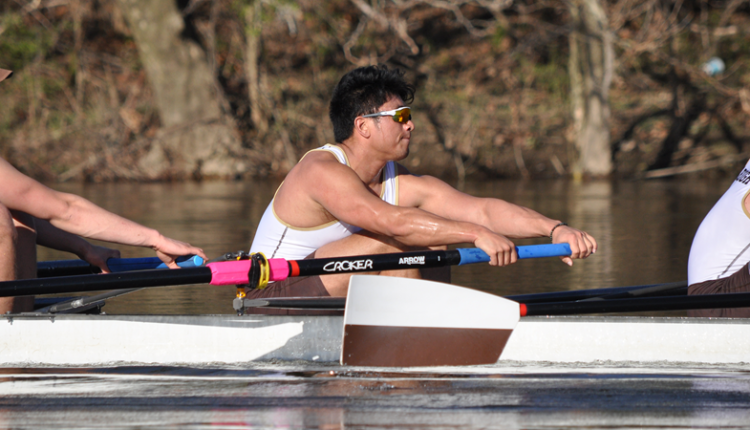 BETHLEHEM, Pa. – Lehigh women’s and men’s rowing returns to Philadelphia on Saturday to face La Salle, Fairfield and UMass (women only). Racing begins at 10 am For the men, it will be their final tune-up before the MARC (Mid-Atlantic Rowing Conference) Championships next weekend, while the women have one more regatta before its Patriot League Championships on Friday, May 13.

Racing on Saturday will see the Lehigh women and men race Fairfield and La Salle in the morning, while the women will also race UMass in the afternoon.

The women are coming off last weekend at Colgate which saw plenty of highlights. Leading the way was the Varsity Eight, which defeated both Colgate in the morning and Marist in the afternoon to earn Patriot League Boat of the Week for the first time this season.

“I think the women came away from last weekend with a level of confidence we have been seeking all season,” said Lehigh head coach Brian Conley. “It is different for each boat and it was really great to have a successful weekend in New York.”

The men’s squad had mixed results at the Murphy Cup; the highlight was the Varsity Four finishing third overall.

“The men struggled with some really tough race conditions,” said Conley. “They have shown some good speed. We will be putting our focus on the Varsity Eight as that is the priority boat. We need to put together our best performance in that event as that is the event that will give us points at the MARC Championships next weekend.”

This week in practice has featured some very specific areas of focus.

“The women have focused on building on the speed and lessons learned from the weekend,” said Conley. “Being consistent from one race to the next is so vital for success this weekend and at Patriots, so these double race weekends really help us to learn how to do that. The men’s focus has been on developing the last bits of speed while fatigued. If both squads can take what they have done in practice this week and put it on the race course, they will do really well.”

Conley knows consistency is always key from race to race, with this weekend being no different.

“Racing like we practice and doing that in back-to-back races,” he said. “Racing 2000m takes a lot out of a rower physically and our championships require us to be fit, composed and strong enough mentally and physically to do that a minimum of two times in a single day. So at this point in the year, it comes down to how diligent are we are maintaining the fundamentals when we get tired.”

Following Saturday, the men will prepare for their MARC Championships on Sunday, May 1. The women will return to the water the day prior, on Saturday, Apr. 30, against Bucknell, Duquesne and Delaware.