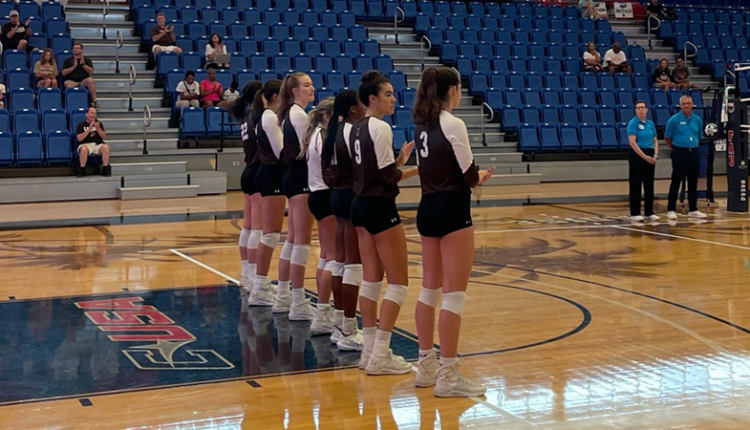 BETHLEHEM, Pa. – After a 3-0 start to the season with consecutive sweeps against Mercer, Alabama A&M and Florida Atlantic last weekend at the FAU Invitational, the Lehigh volleyball team returns home for the first time this fall to host the Steel Classic Tournament.

The Mountain Hawks welcome Cleveland State, Buffalo and Rider to Grace Hall for the six-match extravaganza with two Lehigh matches on Friday – Cleveland State at 1:30 pm and Buffalo at 7:30 pm – followed by a 3 pm finale Saturday against Rider .

Sophomore outside hitter Megan Schulte put together an impressive weekend performance and was opening named Patriot League Player of the Week because of it. She finished with 40 kills over a three-match span, averaging 5.00 kills per set and hit .346. She matched her career-high with 21 kills in the season-opener vs. Mercer, hitting .389. In her final match of the weekend against FAU, Schulte notched 11 kills with eight digs.

First-year Natalie Luscomb ranks second on the team in kills (21), while Emily Stewart has 16 and Lylah Washington 11.

Sophomore setter Makena Smith paces the team with 88 total assists with a weekend-high 39 in the season-opener vs. Mercer.

Defensively, the Mountain Hawks were led all over the court by sophomore libero Kyleigh Brown’s 37 digs (with 16 vs. FAU). Lehigh had 22 total blocks as a team in the three matches with 11 for Sophia Meagher, eight for Luscomb and seven each for Makena Smith and Stewart.

Going into the next slate of action, the Mountain Hawks lead the Patriot League in hitting (.333) and are first in service aces (32) and service aces per set (3.56). Lehigh also paces the way in opponent’s hitting percentage (.122).

Lehigh is the only one of eight league squads that competed last weekend that won all nine sets to start the year and is the first time in program history.

Cleveland State opened play at Buffalo a week ago in the Buffalo Invitational, falling in all three matches to drop to 0-3 to start 2022. The first two opponents – Xavier and UAB – took the Vikings to five sets while CSU fell to Buffalo, 3-1 in the final.

Madison Quirino leads the Vikings with 42 kills, with 35 for first-year Laken Voss. Lydia Latimer led the team with .250 attack percentage.

Audrey McConihe was excellent defensively for CSU, finishing with 68 digs and 4.86 digs per set.

Friday will mark the first-ever meeting between Lehigh and Cleveland State.

Buffalo (2-1) opened play at its own tournament with victories over UAB and Cleveland State, falling 3-2 to Xavier.

The Bulls are led by Katrin Trebichavska and her 45 kills (3.46 k/s), while Emma Gielas added 32 and Abby Leigh with 30. Maria Furey hit a team-best .407 from the floor in her first three appearances.

Hayley Montoya leads UB in digs (43) while Leigh also had a team-high 12 blocks. Buffalo hit a .263 as a team last weekend.

Friday night is the second match in the all-time series between Lehigh and Buffalo. The Mountain Hawks won, 3-0 on the road back in 2014.

Rider started the season off with three losses against tough competition at the Doterra Classic in Provo, Utah.

The Broncs opened play with a three-set defeat to No. 10 BYU and a three-set loss to RV Washington State before taking the first set from Duke in the last match before falling in three straight to drop it, 3-1.

Lehigh leads the all-time series over Rider, 23-10 with this being the first matchup since 2018. The Mountain Hawks topped the Broncs, 3-0 in the Crosstown Invitational back on Aug. 31. 2018.

All three Lehigh matches will be streamed live on ESPN+ (subscription required). Live stats will be provided for all six matches during the tournament.