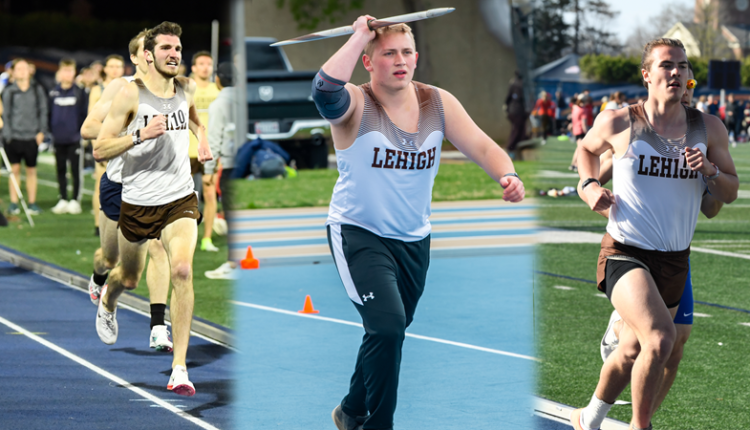 BETHLEHEM, Pa. – After finishing last weekend with two school records and 30 new personal records, the Mountain Hawks look to continue building on their momentum at two more meets this weekend. Some members of the Lehigh men’s track and field team will head to Virginia to compete in the Virginia Challenge while others will stay in Bethlehem to compete at Moravian’s Coach P Invitational.

The Mountain Hawks also competed at Moravian’s Greyhound Invitational last weekend where the throwers put up solid marks. Sophomore Achilles Mouzakis finished first in the hammer throw with a mark of 48.20m and also earned a new personal record in the discus (37.89m).