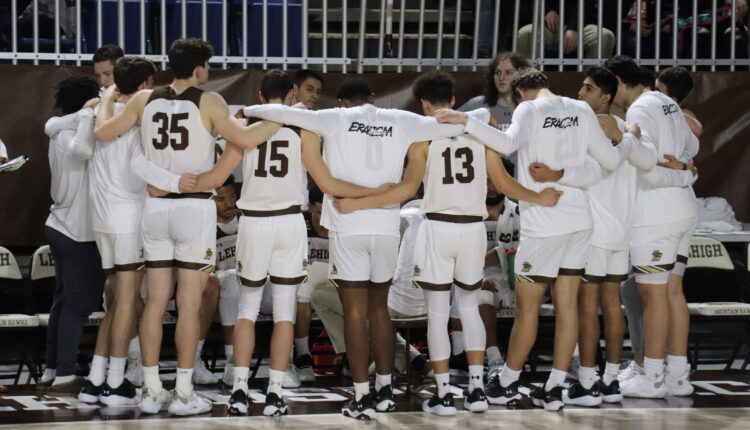 I believe that Lehigh Men’s Basketball will win the Patriot League and make March Madness within the next two seasons.

It is a bold claim, especially for a team that placed ninth out of 10 in the Patriot League preseason poll going into last year. The fact that they jumped to third in the poll in just one year shows that coaches around the league have noticed the program’s incredible progress.

Even with the added recognition, this team is still flying under the radar. There’s a large group of both returning and new players who will be able to push the team to the next level.

However, if Lehigh wants to make it to March Madness, there is one team that stood in their way last year and will likely do so again: Colgate.

Colgate has recently dominated the Patriot League. They have won three of the last four titles and held their own each time they appeared in the NCAA tournament. With a record of 54-12 over the last four seasons, their dominance in conference play has been felt across the college basketball landscape, with guard Jordan Burns receiving an invite to the G-League Elite camp last year and former assistant coach Mike Jordan landing the head coaching job at Lafayette.

But if anyone can dethrone Colgate’s dynasty within Patriot League basketball, it is Lehigh.

Not many other teams can say that they kept their leading scorer, leading rebounder and player with the most assists.

Evan Taylor led Lehigh in the first two of those categories, entering his senior year coming off of a season where he lit up scoresheets, including dropping 20 points against Army in the first round of the playoffs.

If those two underclassmen did not give you enough reason to be excited about the future of this team, I wanted to also talk about one of the most highly-touted incoming freshmen in the Patriot League this year.

After going viral when a YouTube channel with over two million subscribers, Overtime, posted a video of him standing at 6’10” in eighth grade, Henri Adiassa has had a viral career ever since coming to America from Cameroon.

Listed as the 38th best center coming out of high school in the country by 247Sports’ composite rankings, he’s taking his talents to Lehigh to join an increasingly loaded frontcourt this upcoming season.

But the pieces of the puzzle do not stop there.

Former All-Canadian forward Dominic Parolin, sophomore guard Ben Knostman and Jake Betlow, a clutch 3-point shooter who always seems to be the leading target of opposing fansare some of the other key players with talent worthy of a trip over to Stabler Arena.

Yet on top of just having the talent on the floor needed to make it to the dance, I believe it is crucial that the team can find their footing in these first few months in non-conference play.

Lehigh plays Syracuse, Virginia Tech and Wisconsin in the first five weeks of the season. Playing those powerhouses will be great preparation for when Colgate, Boston and Navy roll into town after the new year passes.

By March 2023, it will be eleven years since Lehigh has last made it to March Madness and six years since it last made the Patriot League championship game. Both of those statistics have a very serious chance of changing by next spring. With the team they have, it is evident that we are in for quite the season.

Coach Brett Reed said before Lehigh’s shocking upset of second ranked Duke in the 2012 March Madness Tournament, he wanted his team to “suspend disbelief,” a quote printed on a shirt that hangs above Hawk’s Nest to this day. I think that if you are a Lehigh basketball fan, it might be time to suspend it once again once tip off comes on Nov. 7.