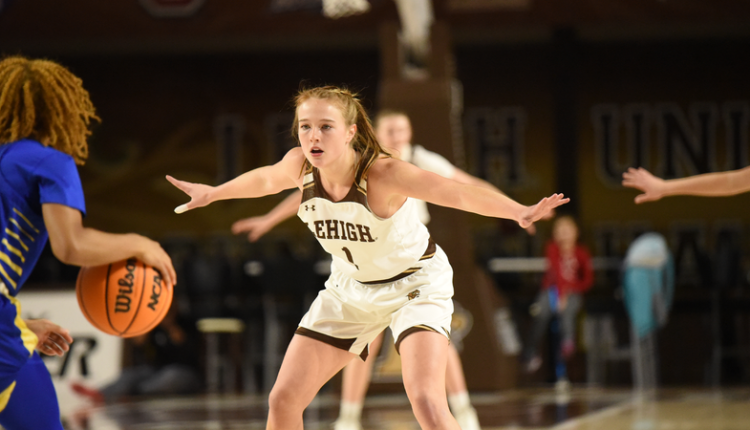 Lehigh looks to bounce back at home vs. Bucknell on Thursday

BETHLEHEM, Pa. – The Lehigh women’s basketball team will host Bucknell Thursday in the first of two home games this week for the Mountain Hawks.

The Mountain Hawks are coming off of their first Patriot League loss of the season, while Bucknell dropped its first two league games of the season.

The Bison’s two league losses have come against Holy Cross and Boston U. Lehigh has played Army, defeating the Black Knights 90-68 and falling to Colgate 69-59 on Jan 2.

Frannie Hottinger, who has had a spectacular season through 13 games, earned Patriot league honorable mention honors after averaging 23 points and 13 rebounds in the first two league games.

Bucknell’s Cecilia Collins is leading the Bison in scoring (13.3 points per game).

Tickets to Thursday’s game can be purchased at LehighTickets.com or at Stabler Arena Thursday afternoon prior to tip-off.