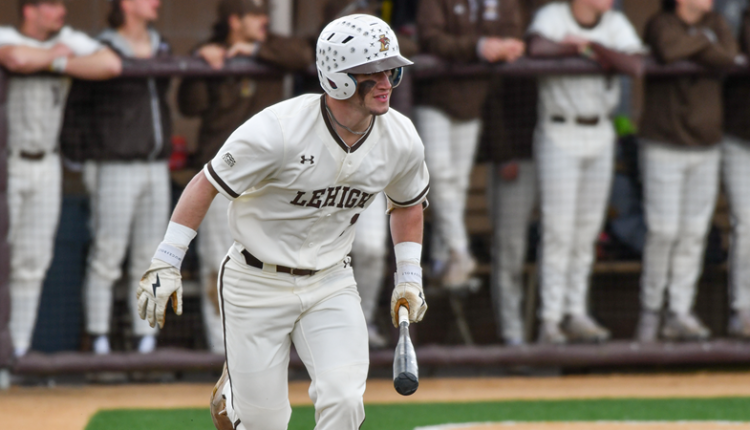 BETHLEHEM, Pa. – The final mid-week home game of the 2022 regular season, the Lehigh baseball team begins a final four-game homestand against Cairn on Thursday afternoon, taking on the Highlanders at 3 pm from J. David Walker Field. The Mountain Hawks are coming off a crucial weekend series victory over Bucknell in which the team claimed two out of three games and earned a season series win over the Bison.

Senior outfielder Casey Rother is continuing his impressive stretch to a regular season in his push to repeat as Patriot League Player of the Year after hitting .500 (8-for-16) with three extra base hits (two homers and one double) with six runs scored and six RBIs. He slugged .938 and reached base at a .526 clip. Rother is currently pacing the Lehigh offense, batting .350 overall with 55 hits, 15 doubles, five home runs and 31 RBIs. Sophomore Riley Davis is also hitting .339, second on the team, while Tyler Young (.328), Jake Whitlinger (.304) are also both batting above .300 this season.

On the mound, Rother (2-0, 1.04 ERA) has been the most consistent pitcher of the bunch, striking out nine with two walks in seven appearances. Junior righty Carlos Torres (2-1, 8.63) was outstanding in his start last Wednesday against Lafayette, earning him an honorable mention selection from the Patriot League for shoving 5.1 strong innings, allowing one run on four hits with five strikeouts and a walk on 77 pitches against the Leopards.

Cairn has had a tremendous season in Division III, playing out of the CSAC conference. The Highlanders are 25-11, including 8-4 in conference play in 2022 so far. Heading into its mid-week contest with Marywood on Wednesday, Cairn had won 13 straight games, currently the third longest winning streak in all of D-III.

Thursday will mark the first-ever matchup between Lehigh and Cairn. The Mountain Hawks have a 10-game winning streak against non-Division I opponents.

Thursday’s game will be streamed live on ESPN+ (subscription required).